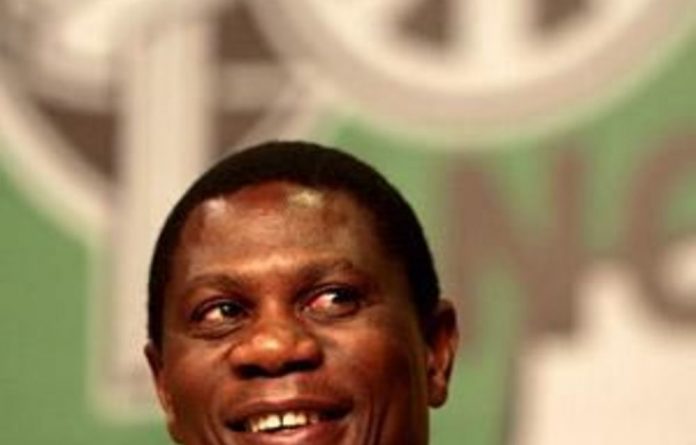 The department of arts and culture has opposed an application to the Western Cape High Court in seeking access to information under the Promotion of Access to Information Act (Paia) regarding an exhibition at Venice Biennale.

In September last year, the department was requested to disclose certain information relating to its decision to select and fund the commercial gallerist Monna Mokoena’s exhibition at the prestigious event.

The department allegedly spent R10-million on the exhibition it called a “private initiative”.

Documents which came to light after court papers were served on the department also revealed that Mokoena was appointed as commissioner without the process being put out to tender.

The Paia request sought clarification on just how and when the selection of Mokoena as commissioner took place, why no tender process was followed with regard to his appointment and what the exact budget allocation was. It also asked for information about whether any buildings in Venice were owned or were being long-leased by the department.

This disclosure came in answers to questions sent by the Democratic Alliance to Arts and Culture Minister Paul Mashatile on August 5 last year. They were, however, only answered on December 13.

The budget accompanying the admission revealed some eyebrow-raising anomalies. This included a R4.5-million allocation for media, PR and advertising.

Victor Dlamini, who the department acknowledged acted in the “capacity of public relations” for the Biennale, has gone on record to say that he had nothing to do with it.

In the same conversation, Dlamini advised that the only way of finding out how this money was allocated was to ask the department itself. However, when the department was contacted on these issues a departmental spokesperson emailed back saying: “As you quite correctly point out, your Paia application is now a subject of court action, which the department will respond to in due course. The matter is sub judice.”

However, the sub judice claim that the both the department and the minister are using is misplaced.

The identity of the company Cul Art was at first a mystery, but it has now been established that a close corporation by that name was registered on the January 19 2011 and is owned by Mokoena and Tim Mangwedi.

What seems of interest is that Louise Graham, the chief director of international relations for the department, sent out an email on January 13 2011 confirming that South Africa was going to participate at the Biennale. This was six days before Mokoena’s Cul Arts, the corporation that the department stated made the proposal to go to Venice, was in fact registered.

The notice of opposition to the court application, received by lawyers on Tuesday, is the first clear suggestion from the department that they may not wish make available what, under most circumstances, would be public information. As yet no affidavit has been received from the department’s lawyers indicating their reasons for not complying with Paia.

‘Venice is quite a lovely place’
In an interview on Tuesday night on Cape Talk, Mashatile again refused to offer any real answer concerning the circumstances of the Venice Biennale. Although several questions are known to have been sent to the radio station on the matter, only the last minute of the 40-minute show was set aside for a question concerning the now well-documented Venice controversy.

Mashatile responded: “Venice is quite a lovely place where we showcase visual art. It is really a premier area for artists to showcase their work but the difficulty is there is a court case currently that has been brought against us and we want to respect that process.”

Mashatile stated, in the last seconds of the broadcast, that “once they are done I would definitely like to talk to South Africans about Venice, because it is one of those important areas where we would like to see more of South Africa’s participation”.