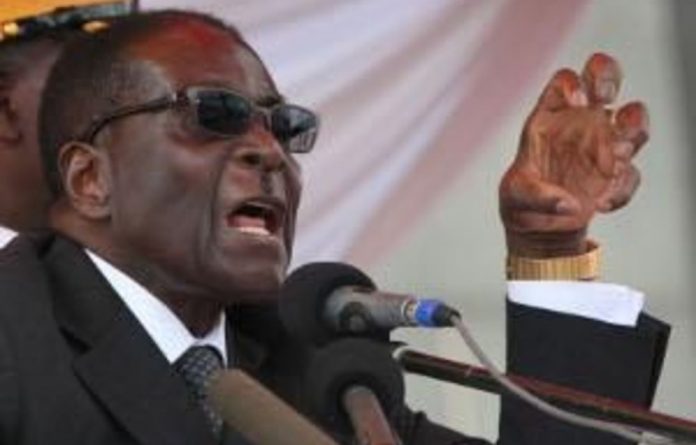 Southern African leaders met on Saturday to discuss a plan to guide Zimbabwe toward elections, a debate that has cast light on the battle within President Robert Mugabe’s party over his eventual succession.

Mugabe (87) has ruled Zimbabwe since independence in 1980, but inconclusive elections three years ago forced him into a unity government with Morgan Tsvangirai, his main rival, who is now prime minister.

Their shaky alliance was meant as a transitional government to oversee the drafting of a more democratic constitution, paving the way to new elections that regional leaders hope would avoid a repeat of the violent 2008 vote.

The process is running a year late, prompting a faction within Mugabe’s Zanu-PF party to push for quick elections this year. But the Southern African Development Community (SADC) regional bloc insists on a new constitution first.

The summit in Johannesburg is expected to reinforce the SADC’s decision by setting a new roadmap for completing the charter.

The current chair of the 15-nation regional bloc, Namibian President Hifikepunye Pohamba, opened the meeting saying he was “confident that the deliberations of this summit will be successful”.

He said the leaders would review a progress report by the SADC’s point person on Zimbabwe, South African President Jacob Zuma — who reportedly met with Mugabe for three hours late on Friday.

The leaders will also review a recent SADC mission to Britain, the United States and the EU headquarters in Brussels aimed at persuading Western leaders to lift sanctions on Mugabe and his inner circle, he added.

Pohamba then convened a closed-door meeting of the assembled leaders, a group that included Mugabe but not Tsvangirai.

‘Minority of a minority’
Mugabe bristles at any outside pressure, and the SADC’s verdict may not sway hardliners within his party, especially military leaders who have publicly called for quicker elections.

“With those who want elections, we are talking of a minority of a minority, but it appears that minority is a powerful one,” said Eldred Masunungure, an analyst from the University of Zimbabwe.

Part of the urgency comes from mounting concern in his party over Mugabe’s age and health, said Takavafira Zhou, political scientist at Masvingo State University.

South African mediators last month publicly raised concerns about Mugabe’s health and the succession debate, following reports that he had surgery for prostate cancer in Singapore early this year.

He has denied the reports, and no one within the party is willing to publicly consider a future without Mugabe.

Election officials say a new version of the outdated voters roll — an estimated one-third of the people on it are dead — will never be ready this year. The finance ministry says it has no money for elections.

Tsvangirai wants the SADC to support elections no earlier than 2012 and is calling for reform of the security forces, accused by Amnesty International of complicity in a new wave of violence against his supporters this year. – AFP