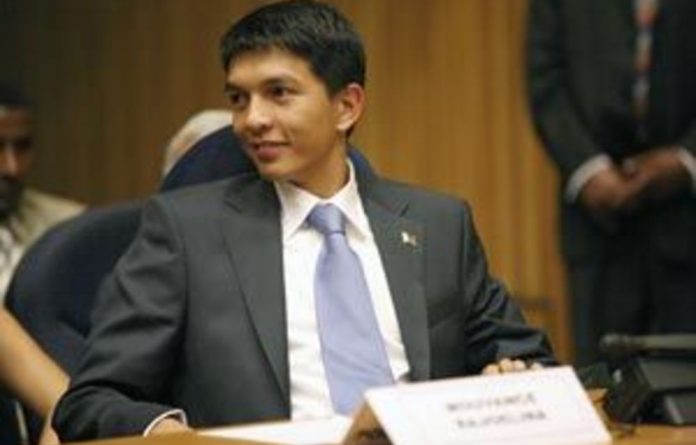 Madagascar strongman Andry Rajoelina announced Wednesday he will not stand in a presidential election to be held on November 26, in a major step towards resolving the nation’s political deadlock.

“I have made the decision not to be a candidate in the presidential election in order to finish the transition in a neutral manner,” he said in a nationally televised speech.

An internationally backed power-sharing accord was signed in November to resolve the political crisis, but Rajoelina later reneged, prompting sanctions and a cut off of international aid that has led to the collapse of the country’s economy.

Rajoelina resisted cutting a deal with his opponents for months, with no progress from the latest attempt at international mediation last week in South Africa, but he was forced to reverse course after the military refused to support him and promise a roadmap to resolve the political crisis.

In his address he announced a calendar for the political transition culminating with a presidential election on November 26.

“I am sacrificing myself for the Madagascans,” said Rajoelina, adding his “only goal is to put into place a fourth Republic.”

A constitutional referendum is planned for August 12 and legislative elections on September 30. A “national dialogue” will be held May 27-29.

“This decision is taken to end the political crisis which has lasted long enough … The only way is to hold elections in transparency,” said Rajoelina.

“I have carried out my responsibilities and I think the international community will carry out theirs to help us,” he added.

The calendar announced by Rajoelina dovetails with the proposal that had been pushed by former colonial master France and regional powerhouse South Africa at the talks last week.

Ravalomanana and his supporters wanted the sequence reversed, arguing presidential leadership is the heart of the crisis.

Rajoelina’s decisions “place Madagascar on the path to returning to constitutional order and therefore the support of the international community,” secretary of state for cooperation Alain Joyandet said in a statement.

“The announcement this evening of Andry Rajoelina to not stand in the presidential election demonstrates his sense of responsibility … to place the interest of his country above all else,” Joyandet added. — Sapa-AFP