The burlesque in breast milk 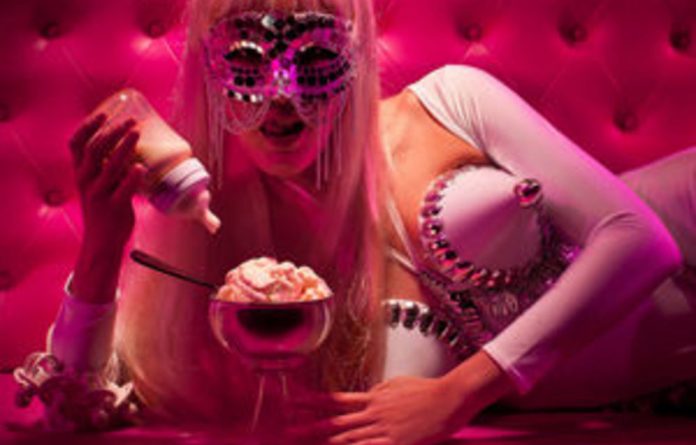 To me, one of the obstacles women face when deciding whether to breastfeed is the exalted nature of the act.

Breast is not best, it is normal. It is not the gold standard, it is the bog standard. I want it to be ordinary, trivial and sometimes a bit silly: something women just do.

I succeeded at breastfeeding because I had good support. I feel so strongly about this that I recently qualified as a breastfeeding helper and volunteer at a local hospital, helping out at antenatal classes so women are prepared before giving birth.

Breastfeeding is artificially polarised between those who claim that it is revolting and outmoded, “like still using an outside toilet” as someone said to me recently, and the largely fictional “crunchy mama” brigade with beaded armpit hair offering “bitty” to 10-year-olds. But most breastfeeding mothers are like me.

We aren’t parading our wizened breasts in public and I, for example, buy my nursing bras from Agent Provocateur while I continue to feed my 15-month-old daughter. I enjoy the convenience of always having dessert, a distraction and a drink on tap for her regardless of where we are. I embarked on a burlesque adventure the other week, which has led to having my breasts, appearance and HIV status discussed online, and ultimately having the milk confiscated as a biohazard and described as “nausea inducing” by Lady Gaga.

It all began when I noticed a particularly active thread on Mumsnet: “Mum wanted to donate milk for ice cream” or some such line. It was from an ice-cream parlour. I replied, speculating that it wasn’t real but that I was game if it was.

I received an email from one of the owners assuring me that it wasn’t a hoax and asking when we could meet. I read the blog and publicity material and saw that the parlour was continuing the burlesque tradition — that of using incongruity and the risqué for satirical effect.

Estranged from mammalhood
A breast-milk ice cream is perfectly burlesque. It’s sexy and unsexy, beautiful and repellent, it’s only for babies and yet so is the milk of cows. We’ve become estranged from our own mammalhood and recoil from breast milk while we drink cows’ milk.

I met the owner and found that we were on the same wavelength. I had a blood test to rule out the few infections that are transmitted through breast milk (not that they’d survive pasteurisation and freezing) and was asked to do a few press interviews in return for my expenses. I handed the milk over, did a photo shoot and some interviews with the parlour’s PR agency.

The next day my name appeared in Google News. Comments started to accumulate online. I was revolting; I had Aids; I was going to infect everyone; my breasts and their milk were appraised and discussed by hundreds of strangers. I was scolded for not donating to a milk bank and told to keep my fluids to myself. My mother-in-law weighed in and defended my honour several times, getting the Huffington Post to revise its story.

I then had a call from the owner of the parlour saying that the council had seized the last of the ice cream after two complaints and were “testing” it. They were unsure what to test for since I am not a cow, but eventually opted for hepatitis, a result I await with interest.

Meanwhile, one kilometre from the shop one can buy unpasteurised cows’ milk cheese. Formula milk is sold everywhere, but it has to be prepared carefully: the powder must be mixed with hot water, because it contains potentially lethal bacteria.

Breast milk is alive. It is naturally antibacterial and it can be produced by the vast majority of women with very little effort once established. And it’s free. It is not a biohazard. And then Lady Gaga’s lawyers got in touch, threatening legal action over the product for “riding on the coat-tails” of her international reputation in a manner that was “deliberately provocative and, to many people, nausea-inducing”.

This is a woman whom I last saw giving birth to a series of alien heads and who owes much to the burlesque tradition herself. She wears cows — specifically a dress made of raw meat when she attended the MTV music video awards last year. I merely supplement their output.

Perhaps I should consider counter-suing for defamation myself. It’s not my fault that my milk is considered by some to be disgusting. As the Lady herself might put it — I was just born this way. — Guardian News & Media 2011