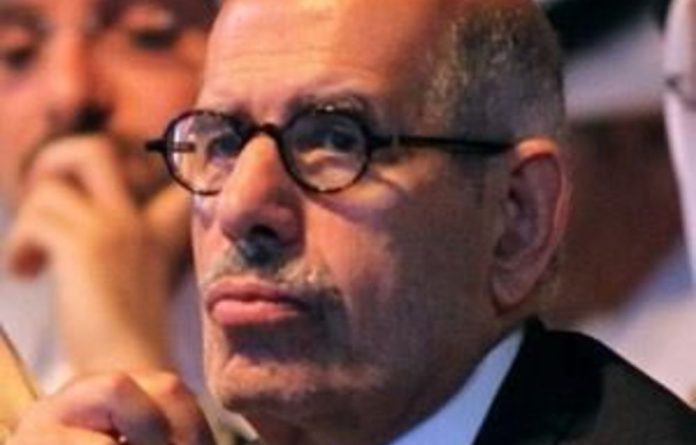 Six Egyptian presidential candidates called on the ruling military on Wednesday to hand over power to an elected president by the end of April after a shortened parliamentary poll timetable.

Islamist candidate Salim al-Awa read out a statement signed by the candidates or their representatives calling for a presidential election on April 1 and for the military to hand “power to the elected president on April 20”.

The statement was also signed by Bastawisi and Mussa, who the statement said had reservations on presidential candidates setting dates for the parliamentary election.

The statement also called for shortening the consecutive parliamentary and senate elections, which the military has said would begin on November 28 and end with the last round of senate elections on March 11.

Awa recommended instead that the last round of elections be held on January 30.

The military, which took charge of the country after a popular revolt ousted president Hosni Mubarak in February, had initially promised a six-month transition period.

But the handover has since become fraught with uncertainty with increasing calls on the military to declare a clear timetable for a transfer of power.

According to the timetable announced by the military, a committee will draft a new constitution to replace Mubarak’s after the legislative polls and then a presidential election held.

The committee has up to six months to finish its work, meaning the presidential election might not be held until the end of August. — Sapa-AFP