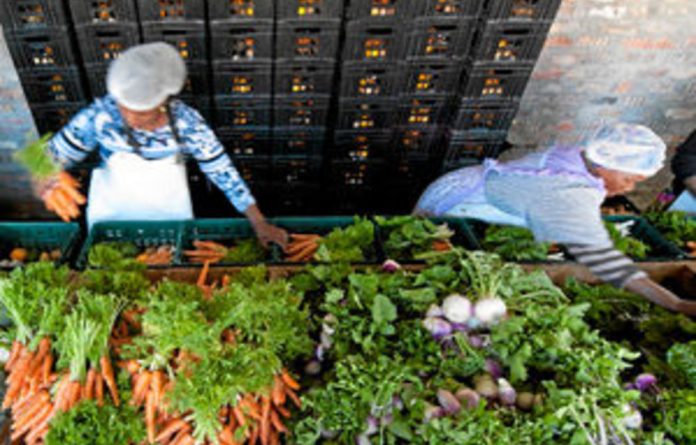 A black or Asian woman living in Limpopo who has training as a manager, is a professional or has skills in sales and services was most likely to have found a job last year, whereas a white male in North West working in skilled agriculture was most at risk of losing his job.

The third Quarterly Labour Force Survey for 2011, released by Statistics South Africa (StatsSA), indicated that — from the third quarter of 2010 until the same period in 2011 — the economy absorbed more managers, 5.7%, professionals, 8.2%, and sales and services employees, 6.3%, than any other profession.

As a sector, financial and other business services thrived with employment increasing by 8.8%.

The Adcorp Employment Index for December recorded significant job growth in the distribution and logistics, financial services and retail sectors over the past year. It found that job growth was fastest among low-skilled and semi-skilled job categories, notably service workers, 10.7%, clerks, 9.8%, and elementary occupations, 8.2%.

Adcorp labour market analyst Loane Sharp said the reason was a veritable explosion in the consumer sector, although it was difficult to know where it was coming from.

Retail and vehicle sales, as well as bank notes and coins in circulation, had grown strongly over the past year, he said.

“The retail sector is labour intensive, as are the supporting industries such as financial services and distribution, so there is a much higher propensity to employ.”

Job losses
The StatsSA data put job losses in skilled agriculture at 19.7% and plant and machine operators at 5.6%.

Sharp said the loss of jobs in skilled agriculture was largely connected to land reform, which had created uncertainty about small-scale farming. Large-scale farms had become more productive, causing hundreds of thousands of people to leave rural areas in search of work.

The job losses for plant and machine operators also revealed that the mining and manufacturing industries had become increasingly more capital intensive over the past 10 years. Although the data indicated that employment in mining grew by 6.9%, Sharp said this was not enough. “Mining has the highest commodity prices seen in the past 25 years, but mines have not expanded as much as we would have expected.”

Other sectors that suffered job losses were agriculture at 2.5%, transport at 2.2% and private households at 1.9%.

And although the largest job loss by percentage, at 26%, was in utilities, namely electricity, gas and water supply, Peter Buwembo, acting executive manager of labour statistics at StatsSA, said utilities was the smallest sector and employed fewer than 100 000 people, so the change was less significant than it seemed at face value.

The North West and the Eastern Cape were the only two provinces in which employment dropped — by 4.8% and 0.6% respectively. The best employment improvement was seen in Limpopo, at 13.4%, and in the Free State, at 7.6%. The employment rate for women increased by 3.4% whereas that of men decreased by 1.4%.

And with matric results out, business has once again been reminded that the skills available do not meet the needs of the country.

“I don’t think we can rely on government to get it together. Unless the business community looks at it and tackles it head on, no one else is going to do it,” said Michael Bagraim, a labour lawyer and chairperson of the Cape Town Chamber of Commerce.

The chamber has partnered with various colleges and universities in the Cape to encourage skills development in necessary areas. “We need to match need, skill and desire,” Bagraim said.

There is a need to train more people in nursing as well as in hard skills such as bricklaying, plastering and plumbing, he said.

On Tuesday, trade union Solidarity identified 10 professional fields in which there are severe shortages and which offer the matriculants of 2011 bright prospects.

Sharp said that lower standards in certain professions might not necessarily be a bad thing. “The General Council of the Bar, the Health Professions Council, the Institute of Chartered Accountants and other bodies set their own criteria as a prerequisite for entry into the professions,” he said.

“They do so, ostensibly, to maintain standards, but in fact they are thinly veiled guises to maintain their respective professional monopolies.”

“We are living in a time in South Africa where everyone wants to be a tenderpreneur, no one aspires to be a nurse or a policeman anymore,” Bagraim said. “We can’t all become millionaires and so the rest fall by the wayside.”