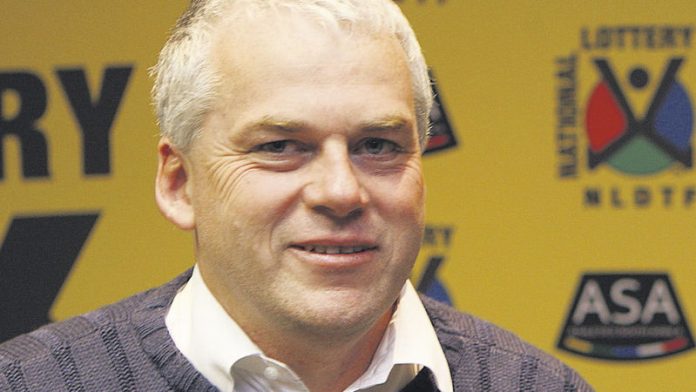 The South African Sports Confederation and Olympic Committee (Sascoc) took the decision on Sunday to suspend Athletics South Africa's (ASA) membership as it claims president James Evans axed seven members of his own board unconstitutionally after he was impeached over alleged, and as yet unproven, financial irregularities.

The International Association of Athletics Federations (IAAF) have sided with ASA on the matter, which means South Africa's top athletes, including former Olympic long jump silver medallist Khotso Mokoena and javelin star Sunette Viljoen, will be able to compete in Moscow in August.

"We will still be taking athletes to Russia, the decision of Sascoc has no impact on that at all," Evans told Reuters on Monday.

"They have never funded us specifically, hopefully this just means they will now leave us alone."

However, Sascoc has said as things stood it would not consider athletes registered with ASA for any International Olympic Committee events in the future, including the 2016 Games in Rio de Janeiro.

It will also stop funding athletes registered with ASA through its Operation Excellence (Opex) programme.

'Worries me'
Meanwhile, Evans on Sunday said that the country's elite athletes would be affected most after the federation was suspended from the Olympic movement.

He said on Sunday that ASA would struggle to match the contributions made to athletes by Sascoc.

"The only thing that really worries me is the Opex athletes," Evans said at the time. "We're not even sure of the costs of that, or how many people are on the programme, but we'll need to find a way to plug that gap."

Three other athletes were in the third tier, and three more were in the Opex special support programme in the build-up to the 2016 Olympic Games in Rio.

While the athletes could take a financial knock, Evans believed the Sascoc suspension would give ASA an opportunity to get its house in order.

He hoped it would be able to rejoin Sascoc before the next major championship held under the banner of the International Olympic Committee (IOC) – the Commonwealth Games in Glasgow, Scotland, in July 2014.

"This can only be good for us, because it means there is no more interference," Evans said on Sunday.

"The next IOC event is not until next year, so we have a year to sort out our problems." – Reuters; Sapa