A "massive" fire broke out at Nairobi's Jomo Kenyatta International Airport [JKIA] on Wednesday, an official said, shutting down one of the region's most important transport hubs and causing serious damage.

"There is a serious fire at JKIA, but we are doing everything possible to avert a crisis," said Mutea Iringo, a senior official at the interior and national co-ordination ministry.

"Apart from emergency landings, all flights into and out of JKIA have been cancelled … [the] airport has been shut down," added the official.

There were no initial reports of casualties, but Iringo said the fire was "massive", adding that the arrivals and immigration sections were "totally damaged".

Firefighters were tackling the blaze, while flights were being diverted to other airports, the interior ministry said in a statement.

Images on Kenyan media showed flames rising high in the sky and billowing clouds of black smoke out of the main arrivals and departures terminal, with dozens of police and fire trucks at the scene.

The airport serves as a hub for East Africa, with many long-distance international flights landing there to connect to countries across the region.

"People should not come to the airport while this work is ongoing. No casualties have been reported and the fire fighters are doing a good job. Safety is paramount," Cabinet Secretary for the Interior Joseph ole Lenku said, adding that security was heightened at the airport after the fire started.

The fire comes less than 48 hours after a fuel jet pump failure caused huge delays at the airport.

Kenya Airways, one of the leading airlines in the region which uses the airport as its main hub, said on its Twitter feed that it was diverting flights to Kenya's port city of Mombasa and that transit passengers were being taken to hotels.

Other airlines are expected to divert flights to Mombasa and to neighbouring countries including in Uganda, Tanzania and Rwanda. – AFP, Reuters 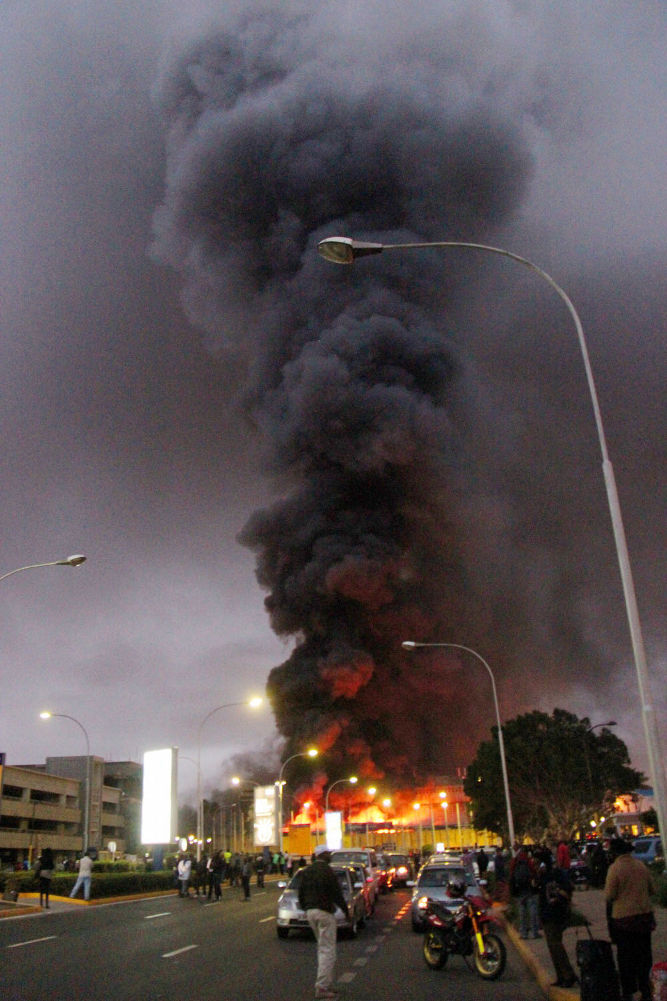 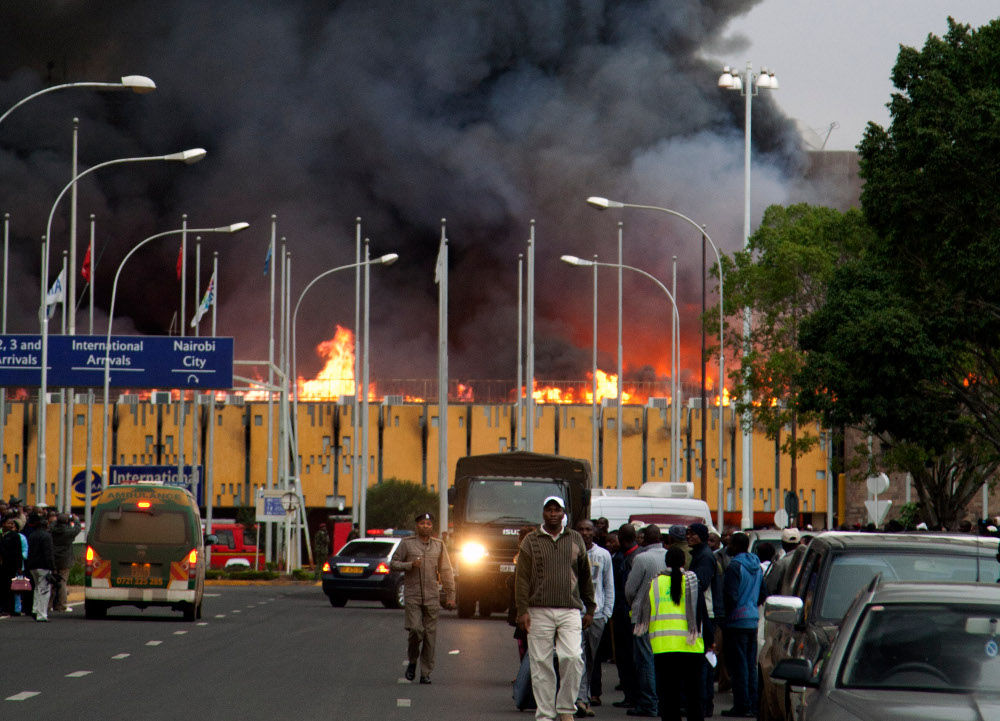