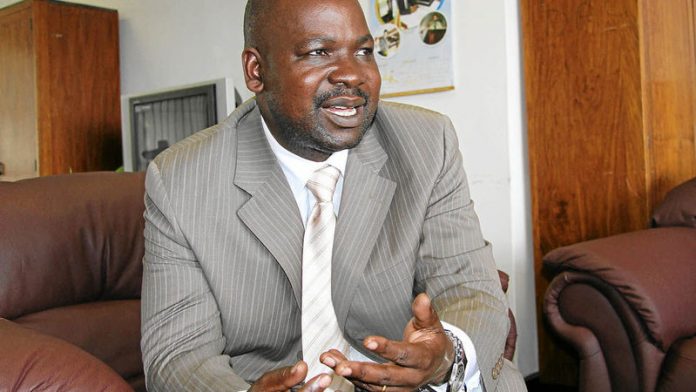 The Mail & Guardian's Harare correspondent interviewed new prosecutor general Johannes Tomana to discuss his alleged favouritism of Zanu-PF officials in his previous position as attorney general and to ask him about the National Prosecuting Authority of Zimbabwe, which has not yet been set up.

What is the anticipated impact on your office of the creation of new institutions, as set out in the Constitution, such as the National Prosecuting Authority?
It takes time to put the legal framework in place and that has been ongoing. You can't have the authority without the National Prosecuting Authority Act. There must be a legal framework to give effect to the Act. No one can say what would be the impact before the institutions have been put in place. As of now, it's premature to talk about that.

Most sectors in Zimbabwe have been hit by a brain drain owing to the economic and political crisis that has engulfed the country since 2000. What is the situation in your office?
Because of brain drain we are thin on the ground. We have to improve to attract the relevant numbers. We are working under capacity. Not all posts are filled.

One of the prosecutors in your office, Richard Chikosha, was in the past assaulted by an investigating officer after he lost a case against some Movement for Democratic Change members in court. What is the relationship between prosecutors and law enforcement agents after this incident?
I was never made aware of the case, if ever it happened. But anyone who thinks we win or lose cases is misinformed. It's a wrong impression that we lose cases or we win cases. We assist in the administration of justice. We work with intelligence, the judiciary collectively; all of us have to win for Zimbabwe. If guilty people go to jail and the innocent are acquitted, we would have won for Zimbabwe, for all of us.

Problems of political interference in your office have been reported in the media. In your view, what can be done to insulate it from these kinds of accusations?
We are guided by the docket, the evidence in the docket and the law. No politician is supposed to do that [interfere]. I would have complained to my principal if that would have happened. It has not happened, it never happened.

What about criticism that you are politically biased?
You are trying to resuscitate a dead issue that has no substance. I am on record [as] saying that anyone can come forward and prove that and that has not been done. What has happened is that I have a job under the inclusive Constitution. It's a Constitution that was made by all the parties.

You have been quoted as saying that you belong to Zanu-PF, but according to the same Constitution, the holder of your office must be nonpartisan.
Does your understanding of nonpartisan mean not belonging to a party? It means not supporting a particular party in the discharge of your duties, and that has never happened. I have never done that. By the way, do you think the attorney general must not vote? Is any person disenfranchised? The Constitution gives everyone their rights, the right to vote, to associate with a political party of their choice. But I have not supported any political party when doing my job.

What's your view of the use of lawyers in private practice by a number of departments such as transport and mines and mining development, who are paid handsomely?
It's not the departments that are doing that. I am subcontracting and we brief … The attorney general would be co-ordinating the private lawyers. I think I mentioned the issue that we are thin on the ground and all posts were frozen. Did you want us to leave the cases because we are thin?.

Wouldn't it be better if the attorney general's office improved the situation rather than paid huge sums to private lawyers?
It's about the economy, the department has frozen all the posts. If the treasury is able to employ and pay the staff, that would be fine. Before that, what do you suggest?

On a different note, you once halted the prosecution of MPs who abused the Constituency Development Fund in the last Parliament. What is your position now as the lawmakers appear to have gotten off scot-free?
The answer lies with the minister of parliamentary affairs. He must do an audit, and then they bring an audit. Crime must be prosecuted, full stop.

Any changes in your operations during the period of the inclusive government and now?
We continue to operate the way we were operating. I was never doing anything outside the book; we are still working by the book. Now we expect we will be able to retain the expertise that we need.