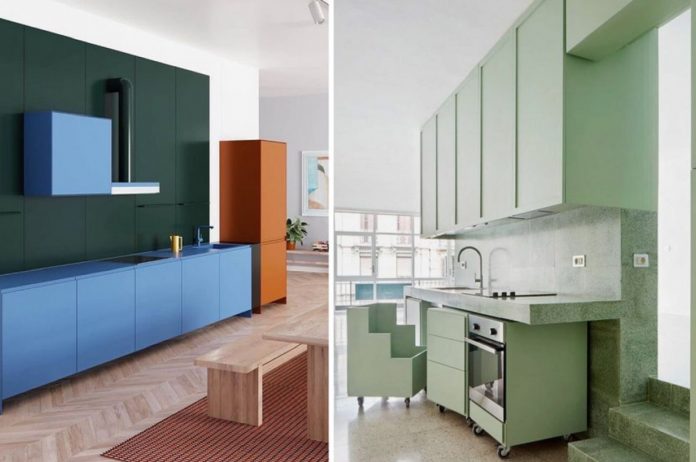 Africa is home to designers, manufacturers, makers and artists who are determined to create an aesthetically pleasing business. Whether it’s form-follows-function or function-follows-form, designers at Decorex Africa are reimagining what the world looks like and working to reimagine the poetics of living.

The theme of the 2022 edition of Decorex Africa is “Africa Reimagined”. According to Decorex, this means, “to adapt. To rethink. To redefine.”The world has pivoted and made the idea of being prepared more important than ever, and that starts with designing a well-prepared world.

To Peet Pienaar, the co-founder and creative director of African surf brand Mami Wata, the pandemic has been a major turning point, a sentiment shared by most. Despite this, it has been evident for a while that a lot of things are shifting in the world as we know it.

“The rise of the millenials and their view of the world has played a massive role in this [shift]. But we see a world that is demanding respect. And we see ourselves as rooted in that world, respect for others, respect for the planet, respect for people who are different,” says Piennar.

Nick Dutton, Mami Wata’s chief executive and co-founder, is one of the speakers at Decorex Africa’s summit, a stage where he is joined by some of Africa’s top future-forward designers and creatives. Mami Wata, which promotes “the power of African surf”, is a community of the global surfing world that is commonly overlooked.

The Mami Wata co-founders want to live in a world where design has many different roots and all these design roots stand on the same stage as equally respected and researched.

Despite not quite living in a post-pandemic world yet, for the design duo Nina Cohen and Fiona Garson, of Cohen and Garson Architects — the studio behind spaces like the Wits Art Museum — the past two years have pushed them to rethink their approach to designing spaces.

“Buildings that accommodate teens and young adults, creating common outdoor spaces that densify the suburbs and, of course, solar panels,” are some of the future-facing designs that Cohen and Garson are looking towards.

Cohen and Garson, who are joining Dutton at Decorex’ summit, say their approach to designing these spaces is “thinking deeply about context: physical and social”. Context plays an important role in their projects that are reimagining universities in South Africa.

“Smaller, flexible, well-ventilated and outdoor teaching spaces that meet the needs of a hybrid teaching environment” are at the forefront of reimagining the future of spaces that are conducive to learning environments, explains Cohen and Garson. “The importance of sustainable, energy efficient design is essential now, non-negotiable,” they add.

Shifts in design are starting with how things were done in the past, both more recent history and centuries-old ideas. This vision for the future that so many African designers share starts with recognising and unlearning the conditions that the colonial way of thinking had taught so many.

It’s also no secret that African designers have had to fight for their seat at the well-designed table but that has not stopped them from rising to the occasion. The dismissal of designers from Africa, who design for Africa and beyond, bring this forward facing thinking to events like Decorex Africa. It is as if African designers are archeologists of the future. Designs from Africa therefore cannot be gimmicky refabrications of something else, they have to be authentic.

“All of this has left Africa pigeonholed as vernacular for 200 years, forced non-European designers to be second hand versions of the West and kept any other ideas out in order to control the profit,” says Dutton.

Decorex Africa is taking place in Cape Town from 16 to 19 June, and in Johannesburg from 28 to 31 July.

Kimberley Schoeman
Kimberley Schoeman is a sophisticated and eccentric wordsmith at the Mail & Guardian. A tastemaker in the making, she is in pursuit of the best in culture, fashion, and style.
Facebook
Twitter
WhatsApp
Linkedin