There is no pea! 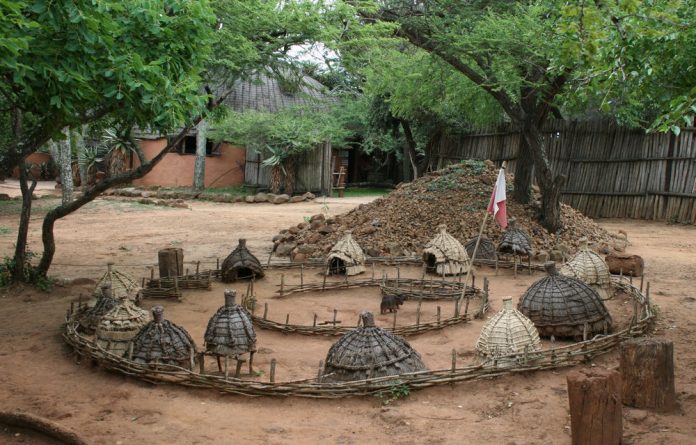 I was amazed to find the following alert in my inbox this morning, issued by the ANC Youth League*. “All Africans thinking of holidaying in Europe this year are warned to change their flight plans and go to Cuba instead, after a literal tsunami wave of anti-African violence swept the Calabrian town of Rosarno on the weekend, in the crime-raddled country of Italy.

“A thousand Africans have been forced to flee, after clashes that left 67 people injured. The “negroes”, as the AFP report alleges locals fondly refer to African migrants, are employed as slaves in the area, to pick fruit and service the gross animal needs of farmers. Europe is, of course, notorious for bombs going off in subways and stuff, and this incident is just one of many over the years. Travellers are especially cautioned about visiting London, home to many of the continent’s pizza restaurants.”

Okay, let’s not belabour this, as someone invariably misses the point. To put it plainly: can’t the idiot wind media, just once, stop and think before they write the next story that’s low on analysis, high on click-through value, and entirely empty of substance? As many people have pointed out, an attack in Cabinda does NOT translate into a threat in Cape Town, in the same way that attacks on African migrants in Italy do not mean that the whole of Europe is dangerous for migrants. That’s just a coincidence.

There are some enlightening moments to the coverage of the attack on the Togo national team in Angola. Who knew (and I have Sky News to thank for this insight) that African national teams appear to be made up of two kinds of players? There are those that have been given honorary status as human beings by virtue of playing for an English team like Manchester City, and the rest.

Seriously — can we just get the kak stereotyping journalism out of the way before the Soccerball World Cup starts, please? Yes, you fuckers, we KNOW Africa is a funny country, we know that, ooh, heartbreakingly, there’s a shantytown just FIFTEEN MINUTES drive from a pristine white beach full of gorgeous Eurotrash losers sipping cheap cocktails. Oh, the humanity, the humanity. The tanned humanity.

We know that plucky, colourful, all-singing, all-dancing little Ghana are going to punch above their malnutrition-affected weight. We’re taking bets on the publication date of the first pseudo-liberal article on how lovely and friendly South African natives are, so, so … HAPPY, despite the sad blow that fate has dealt them by getting them born in Africa. Dance, little piggy, dance!

Golly, there’s an original article about how the rich people live behind ELECTRIC FENCES! Yes, Bob, actual electric fences. Sometimes barbed wire. Why, it’s almost as if — and I don’t want to alienate our Page Three readers with, like, analysis and shit, but it’s almost as if they’re PRISONERS. Prisoners In Their Own Country!

Aids. Jesus, Bob, there’s Aids everywhere! In the coffee shops, the brothels, the Audi dealerships, everywhere! The kitchen! Yes, kitchen Aids! Maybe we should start a petition in the Daily Mail to get the government to send good, clean, British whores over with the fans. We can call them the BlowMe Army, like the cricket mob, get them some T-shirts printed.

But colourful! You want colourful, South Africa has it in spades. Can I still say spades? All the races living together in exquisite rainbow harmony, like the Village People, only with more rhythm and slightly more gayness. In fact, if they ever do resurrect the Village People (the brand, not the actual dead guys), they could do worse than substitute that American-Indian guy with a strapping Zulu warrior. Except no gay man would ever wear leopard skin with white shoes. That’s way too gay, only a straight man could carry it off.

Hope of the continent, fledgling democracy, economic powerhouse, model of reconciliation, blah fucking blah. But then they go and mug a bunch of tourists. Oops. So inconsiderate, letting reality intrude into a damn good story.

And racism! Bob, blacks and whites and those awkward other shades still hate each other, despite the fact that we’ve told them, over and over, that Saint Nelson made it all right. Can’t they be more like characters in a morality play, and less like actual humans! I mean, it’s all very well for complicated, civilised Europeans to be racist and genocidal, but really — you expect more from South Africans. They’ve had all the advantages of apartheid, that cleansing moment of Oprah-like introspection that should have cured them.

Crime! It’s a crime capital, maybe THE crime capital. No, I don’t know of what country. Africa? Anyway, they’ve got it all. Murder, rape, that game with the three cups where you have to guess where the pea is. THERE IS NO PEA! They even do tours of famous crime spots, where you can actually experience the thrill of being hijacked yourself. At no extra cost. Well, except all your money and your car. And possibly your life, if they’re feeling frisky.

Ah yes, life. Life Is Cheap in Africa. Cheap. Well, that makes it sound tacky. Let’s say, life is relatively inexpensive. Sure, they appear to be mourning their dead, but really they’re making a big fuss about nothing. I mean, life is cheap. They can just buy another one.

Bling! These black chaps sure do like their bling. They’re like Americans, except they speak better English. Poverty. Poverty everywhere, and yet in Joburg black people still insist on buying cars. Cars! Who the hell are they trying to impress.

Contrast, Bob, contrast. It’s poignant, totally poignant. I think we’re going to have to shoot this whole thing in black and white, to really ram the point home.

Ah, the cliches that make up our continent. I’ve got nothing against cliches really, they’re just words with compromised use value. And personally, I love stereotypes. It’s monotypes that make me angry. It’s the sheer number of cliches that we’re going to have to endure that’s getting me down.

But seriously, soccerball fans, there’s more chance of dying of hunger while waiting to be served in a Cape Town restaurant, than being shot by a revolutionary group. Don’t accept the easy journalism that some of your publications are feeding you. They’ve got a job to do, which is sell media products. Your job is to have fun. That, we’re good at.

(*The Aryan Nation Corps Youth League, to give the full title. NOT the African National Congress Youth League, which should have been obvious given the comparative lack of drivel.)