Battle of the brands: Madiba vs Top Gear 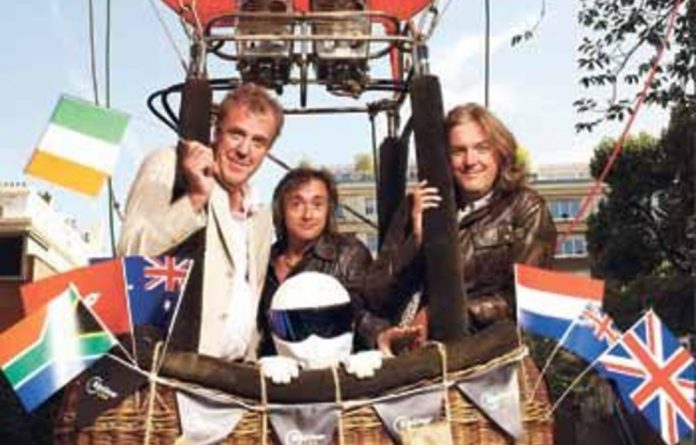 A row has broken out between the Nelson Mandela Foundation and the local event organisers who brought British motor show Top Gear to South Africa last month.

So heated are temperatures that the foundation has said it will not accept a donation raised during the tour by Top Gear presenter Jeremy Clarkson and his colleagues, James May and Richard Hammond.

Foundation staff are said to be furious that Clarkson, a popular and controversial columnist in London’s Sunday Times, wrote about his meeting with Mandela in terms that were affectionate and admiring, but could be interpreted as a comment on Mandela’s health.

This a sensitive subject for the foundation, which last year was compelled to issue a statement denying that the liberation icon was gravely ill.

Clarkson, May and their promoter were invited to visit Mandela — who mistook them for astronauts.

‘So what was it like on the moon?” he apparently asked them.

Wrote Clarkson in his column: ‘I should explain at this point that these days Mr Mandela spends a lot of his time meeting people who are passing through Johannesburg. And when you are sitting in an office all day, meeting an endless stream of people you don’t know, it’s easy to get them a bit muddled up.

‘That’s why he wanted to know about the moon. He had plainly been told the three of us were astronauts.”

Clarkson answered that the moon was ‘rocky and dusty”.

Broken agreement
The visit grew out of a Top Gear Live world tour, showcasing the popular BBC franchise. The South African leg included a fundraising auction in aid of the Nelson Mandela Foundation.

After the article appeared Le Grange called in Paul Edmunds, director of Brand Events, the international events company that organised the MPH Live Motoring Show and the charity auction.

She apparently read him the riot act. Edmund told his staff afterwards that ‘it was one of those times when you shut up and take your medicine”, according to a person who was briefed on the meeting.

On this account La Grange said, ‘we don’t even want your money”.

The fundraising charity auction that was held as part of the event raised between R700 000 and R800 000 for the foundation. But accepting the cash would imply that the foundation endorses the event and Clarkson’s comments.

‘This was just a hugely sensitive thing for [the foundation]. Confidentiality is part of the contract, and he [Clarkson ] broke that”, said a person familiar with the circumstances.

But foundation spokesperson Sello Hatang denied that his organisation had been antagonised by Clarkson’s column.

‘He was just being funny. We didn’t even react to that because we saw it in the spirit that it was done.”

Hatang confirmed that the foundation and the organisers had met to resolve the question of the donation emanating from the auction, but claimed: ‘We are in the middle of the long process that takes place after the auction. It is not just a matter of taking the money, there are fees that must be paid and the money must be cleared first.

‘This has nothing to do with what Clarkson wrote, we don’t even connect the two things.”