The minister of luxury 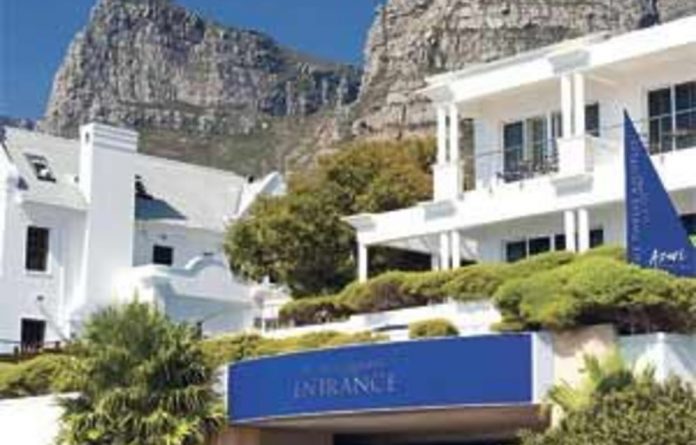 When in Cape Town Communications Minister Siphiwe Nyanda lives a five-star life at the city’s top hotels — ­courtesy of the taxpayer.

Since taking office in May last year, Nyanda has not spent one night in his ministerial residence.

Instead, he uses the lavish rooms of the Mount Nelson and The Twelve Apostles hotels at a minimum cost of R4 000 a night.

A Cabinet colleague of Nyanda told the Mail & Guardian that the reason Nyanda had apparently given for refusing to move into his Hooggelegen residence in sought-after Upper Claremont was because the public works department had not bought him a bed.

A senior communications department source confirmed this explanation was also doing the rounds in the department, but added that Nyanda was allegedly also unhappy that his house did not have a view.

According to the M&G‘s information, Nyanda stays in the hotels an average of four nights when he visits Cape Town to attend Parliament. If he attended all National Assembly and special sittings since taking office, he would have spent about 88 nights in Cape hotels.

According to its website, The Twelve Apostles charges R4 915 a night for a luxury room and the cheapest suite available costs R8 055 a night.

The M&G was reliably told that Nyanda stayed in a “luxury suite” at this hotel.

The luxury suite at the Mount ­Nelson that Nyanda uses normally costs R11 095 a night, but hotel invoices in the M&G‘s possession indicate that he pays R4 995 nightly for an “accommodation package”.

If he splits his stays between the two hotels, he could easily have racked up a bill of R400 000 since May last year.

Rikhotso declined to provide a breakdown of Nyanda’s hotel stays, saying he “was not in a position” to do so.

Nyanda checked into the luxury suite at the five-star Mount Nelson this week for four nights. The M&G‘s photographer spotted him leaving the hotel with two bodyguards on Wednesday morning.

When the M&G called the hotel on Wednesday evening, we were ­transferred to Nyanda’s room and he answered the phone.

The M&G is in possession of two Mount Nelson invoices for Nyanda’s stays in February this year. From February 6 to February 12 he ran up a bill of R33 330 for six nights’ accommodation, food, mini-bar expenses and laundry services.

Between February 14 and February 19, the hotel billed Nyanda R21 417 for four nights’ accommodation and food.

The hotel confirmed that Nyanda stayed at the Mount Nelson from February 19 to February 23.
A policeman at the double-storey Hooggelegen mansion allocated to Nyanda confirmed that it was ­Nyanda’s official residence, but that the minister had not yet moved in. He said he thought this was because renovations were taking place.

‘Malicious’ claim
From outside the house the M&G could see no sign of renovations.

Another source in the communications department said Nyanda wanted to swap his Cape Town mansion with that of Science and Technology Minister Naledi ­Pandor, a neighbour of President Jacob Zuma. Rikhotso called the claim “malicious”.
Pandor lives in Groote Schuur Estate, where Zuma and most of his ministers reside.

“First the BMW, now this. It’s very embarrassing to leaders of the ANC,” a senior ANC national executive committee member remarked this week.
“How do you tell people to work together with us for a better future when a minister is willing to spend almost 10 grand in one night on accommodation?”

Last year Nyanda came under fire for spending R2,4-million on two luxury BMWs for his Cape Town and Pretoria offices.

Last week the M&G went on a ­conducted tour of Nyanda’s usual suite at the Mount Nelson. The sweeping marbled entrance to the Lord Nelson suite is breathtaking and the rooms are decorated in a modern colonial style.

Superbly done out by Cape ­decorator Graham Viney in creamy silk fabrics, it has a decadently ­lavish interior.

A mirror image of the neighbouring suite that talk show host Oprah Winfrey occupied when she visited Cape Town, it is surrounded by magnificent gardens.

Staff at the glamorous five-star Twelve Apostles Hotel and Spa, which stands like a glossy beacon above Llandudno Beach, said the minister booked “quite a number of rooms” when he came to stay.

Nyanda had stayed there recently, said a staffer, while another insisted that he had booked out of The Twelve Apostles last Thursday.

Surrounded by the Table Mountain National Park, this boutique hotel is decked out in an eclectic contemporary African style and boasts breathtaking views of the Atlantic Ocean. It also has 24-hour room service and a luxury spa.

Police Minister Nathi Mthethwa was in hot water last year after spending R234 000 on accommodation for him and his bodyguards at Cape Town’s Table Bay Hotel while his official residence was being ­renovated.

Questions over the family company
Abalozi Security Risk Advisory Services — the company of which communications minister Siphiwe Nyanda’s family trust owns 45% — may be in breach of the Companies Act by refusing to divulge the company’s shareholding to the M&G.

On January 29 the M&G revealed that GNS was benefiting from millions of rands in government business, including a R55-million tender from Transnet Freight Rail.

On February 3, in terms of the Companies Act, the newspaper applied in writing to inspect the company’s share register.

After initially declining to present the register, the company agreed that the M&G could view the document at the offices of Ntumba Incorporated, Abalozi’s auditors, on February 23.

But when the M&G arrived at the office, we were told that the register was locked in the office of Melusi Ntumba, Abalozi’s auditor, and that he was not there.

Abalozi subsequently “withdrew” its “consent” for the M&G to inspect the register.

On March 5 the M&G‘s lawyers applied again to Sylvester Sithole, Nyanda’s business partner and sole director of Abalozi, to view the register. Sithole has indicated to Webber Wentzel, the M&G‘s attorneys, that he will not show it to the M&G.

Greg Palmer of Webber Wentzel said: “The company and each director who knowingly refuses to grant the request for inspection within 14 days of the request commits a criminal offence in terms of the Act, and a court may compel the inspection of the register.”