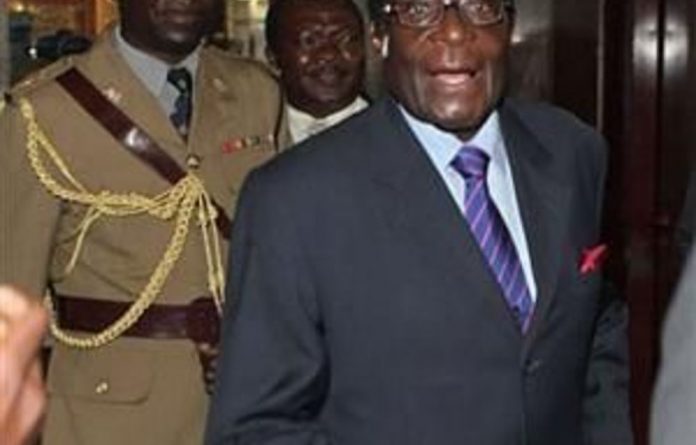 The two were speaking at a belated celebration in a Harare suburb on Thursday of International Women’s Day, which was on March 8.

Mugabe reiterated his opposition to rights for gay people, whom he has described as “worse than pigs and dogs”.

“I heard the issue was being raised at the constitution-making process,” Mugabe said. “Those who do it, we will say, they are wayward. It is just madness, insanity.”

“That is not what we can allow,” Mugabe said, according to the state-run news agency, New Ziana.

Tsvangirai said he agreed with the president’s stance.

“Why should a man seek to have a relationship with another man when women make up 52% of the population? In fact, men are fewer than women,” he said.

Homosexuality is illegal in Zimbabwe, where Mugabe has railed against the gay community for more than a decade, although the group Gays and Lesbians of Zimbabwe is allowed to operate.

Neighbouring South Africa is the only nation on the continent that gives equal rights to gay people.

In nearby Malawi, a couple has been jailed since December after holding the country’s first same-sex wedding.

In Uganda a lawmaker has proposed a Bill that would impose tough penalties for homosexuality, including the death sentence in certain cases.

Zimbabwe is meant to write a new constitution this year to pave the way for new elections, after disputed polls in 2008 that led to the creation of the unity government between rivals Mugabe and Tsvangirai.

But the constitution-making process has made little headway since it began last year. — Sapa-AFP