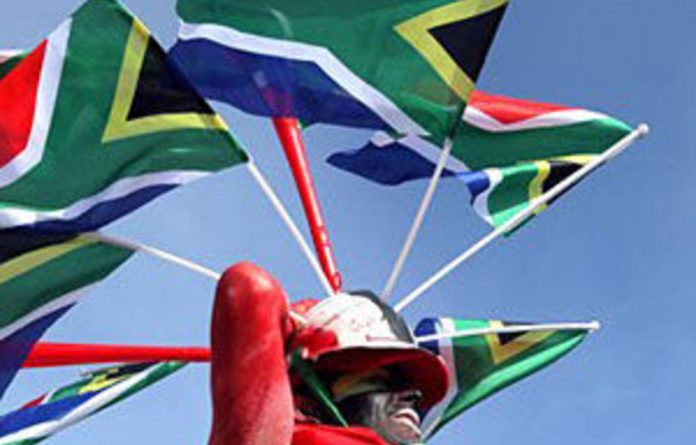 The estimated gross economic impact for South Africa, including indirect spending and infrastructure built over the past four years, will be R93-billion, according to a study by accounting firm Grant Thornton.

But the bulk of this is internal government spending.

Gillian Saunders, who led the study, told journalists and economists on Wednesday that fewer foreign fans were expected to come than previously thought, but those that did would spend more compared with other tournaments like Germany in 2006.

With just less than 50 days to go before kick-off, football fever is growing in South Africa, but the global economic crisis, the tournament’s high cost as a long-haul destination and fears of violent crime have reduced the numbers of foreign fans.

“We have revised the figures post the worldwide recession and major ticket sales phases, and some of the numbers are encouraging,” Saunders said, presenting the study on the World Cup’s economic effect.

Grant Thornton has conducted in-depth research into the affect of the World Cup for South Africa, and its reports are seen as authoritative by other analysts.

The month-long soccer spectacular, the first in Africa, starts on June 11.

National and regional governments have spent about R40-billion on stadiums, transport and airports.

Foreign fans should spend about R8,8-billion in the country, and together with spending by governing body Fifa, other officials and teams, the economy will receive a R13-billion cash injection.

The study showed 373 000 foreigners were expected to visit South Africa for the tournament, about 230 000 of them ticket holders. This is higher than the most recent estimate by the local organisers of 200 000 foreign fans, but down on earlier predictions of 450 000 overseas visitors.

Stay longer
Saunders said about 85 000 fans from the rest of Africa and 20 000 other overseas visitors would travel without tickets, to enjoy the atmosphere at urban fan parks, where games will be shown on big screens.

Ticket sales to Africans may fall to just more than 11 000 from a previous forecast of almost 50 000, largely due to a complicated internet sales system and the high cost of travel from other parts of the continent.

However, Saunders said fans from outside Africa should stay longer, and spend more.

“We always thought people would come for more matches in South Africa, because it is a long-haul destination, but it seems to be a bit more than that,” she said.

A tourist should stay on average 18,7 days, watch five matches and spend, excluding flights, R30 200 during their stay.

While government spending on the tournament has been criticised as excessive, much of the infrastructure will leave a legacy for South Africa, particularly in modernising transport.

Marketing the country through a massive global television audience could attract about two million extra tourists over the next three years, according to the study.

“The profiling of South Africa and future spin-offs have always been the real benefit of hosting an event of this magnitude,” Saunders said.

“It’s going to be a great event … volcanic ash willing,” she added in reference to the Icelandic plume that has disrupted global air travel. — Reuters