Cape traders to be moved ahead of World Cup 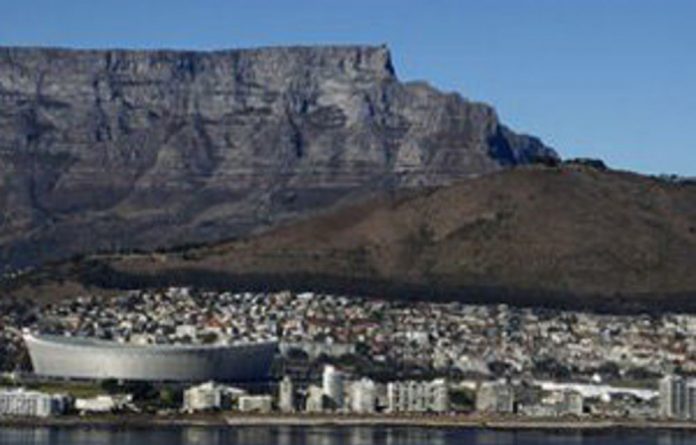 Street traders at the Grand Parade in Cape Town have been told to leave the area from May 1 until the end of the Soccer World Cup because of Fifa by-laws that relate to host cities.

“According to the host-city agreement, the city is legally obligated to provide a stadium and a fan-fest area,” said Thembinkosi Siganda, Cape Town’s director of economic and human development.

“After a location analysis the city identified the Grand Parade as a fan-fest area and this was approved by Fifa.”

The fan fest, or fan park, was first seen at the World Cup in Germany in 2006. It’s an area in the host city with big screens, music and a place for fans to watch matches for free.

But “there are currently over 300 informal traders operating at the Grand Parade who will be adversely affected” by the development, said Rosheda Muller, chairperson of the Grand Parade Limited Traders’ Association.

The Grand Parade, the main square in Cape Town, is surrounded by the City Hall, the Castle of Good Hope and the Cape Town railway station, and is currently used as a market place and parking area.

Significant investment
But it will soon be transformed into a fan-fest area where the public can view all 64 World Cup matches on a giant high-definition TV screen.

More than 25 000 people are expected to gather at the public viewing area, said Siganda, adding that there had been “significant investment” in infrastructure.

The city plans on spending about R20-million on lighting, landscaping, payments to the event organisers for operating the fan fest and additional parking bays.

“Although traders won’t be able to trade at the Grand Parade, alternative locations have been prepared for them,” said Siganda.

Heated discussions
“The city wanted to put us at Harrington Square but we refused because it is hidden away,” said Muller.

After heated discussions, new sites have been agreed on.

These include the Drill Hall site, Corporation Street, Lower Plain Street and the Castle, and are being prepared to accommodate all 344 permanent traders.

“These sites are in close proximity … not more than 100m away from the Grand Parade,” said Siganda.

New laws
Street traders were operating under a lease agreement with the city and were required to pay a fee of no more than R80 a month — which goes towards security and cleaning — to one of the five trading organisations that operate at the Grand Parade.

The fee is expected to increase when the traders move to the alternative sites, although this is yet to be finalised.

“There have been suggestions that the fee could add up to R20 to R40 a day but we have to check equity fairness,” said Siganda.

“This won’t be a profit-making fee, but will be reasonable because traders are being inconvenienced.”

Grand Parade Traders have now had their trading leases suspended and have received notice that they are not able to trade in the area. There is also talk of introducing a permit for the traders who would be moved.

He says he will only agree to the permit if it clearly states that it is for the duration of the World Cup and expires after the tournament.

“What about others that want to trade at the Grand Parade after the World Cup, will they be permitted to without a permit?”

“We also want it written that we will be permitted to return back to the Grand Parade after the World Cup.”

Muller commended the city for the manner in which it had been negotiating with the traders in the last two months, but she said street traders were disturbed that they weren’t consulted earlier, since “the city had plans on being a host city a while ago”.

South Africa was awarded the rights to host the soccer tournament, defeating Morocco and Egypt in 2004.

“The mayor of Cape Town, Helen Zille, signed the host-city agreement in 2006 already but the city only engaged with us a couple of months ago,” said Charles.

Job creators
“We are one of the biggest job creators when people are retrenched, without skills or without degrees; we add great value to the country’s economy but we always get the raw deal,” said Muller.

More than 50% of the traders at Grand Parade are Capetonians, while the rest are from Nigeria, Senegal, Angola and Zimbabwe, among other countries, she said.

While street traders have been promised that they will return to normality after the World Cup, Muller said they want changes to be made.

“We only have a month-to-month lease and we would like to renegotiate this with the city. We need security so that we know that we are secured for the future.”

Street traders have been working at the Grand Parade since the 1800s, according to Charles.