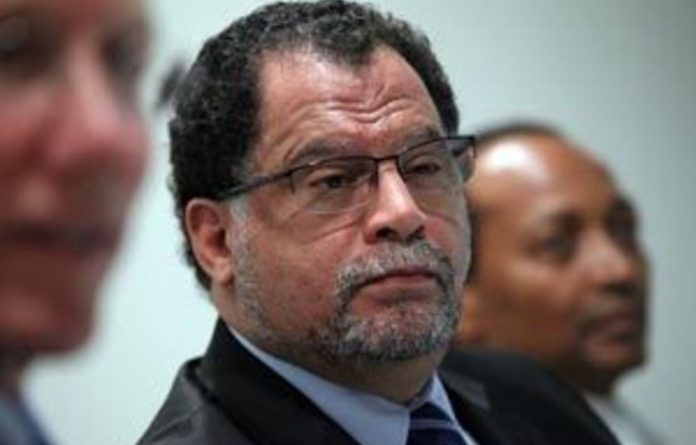 The Soccer World Cup’s head organiser says the tournament is in good financial shape even though Fifa had to hand over an extra $100-million.

Exactly a month before the start of the World Cup, local organizing committee (LOC) chief executive Danny Jordaan said on Tuesday that local organisers “have not gone on our knees [to Fifa] pleading for money.”

“We have enough money to deliver the event,” Jordaan said when asked about the $100-million injection by Fifa to ensure team training bases were up to scratch.

“As far as the budget is concerned, I reconfirm what we said, that we have more than 67% of the budget intact and to be spent,” Jordaan said when quizzed by The Associated Press.

Jordaan said Fifa gave the extra funds without a request from South Africa.

Valcke said Fifa agreed to the extra investment at an executive committee meeting in March.

“Nothing can be paid without our approval,” Valcke said, “and it’s the first time ever that Fifa has worked this much with a local organising committee.”

The investment will take the organising committee’s projected spending on the delivery of the World Cup to $523-million. That does not include the billions the country has spent on stadium and transport infrastructure.

Last week Greg Fredericks, one of Jordaan’s top aides, told the AP the organisers’ money was tight, and they were under huge pressure to stay within budget. The comments appear a long way off Jordaan’s statement that 67% of the original $423-million is still in the bank.

Organisers stressed on Tuesday at Soccer City that the focus was no longer on South Africa’s race to get ready.

Instead, the LOC said, it was time to look forward to celebrating Africa’s first World Cup.

Organisers also reassured the world, once again, that transport and security plans were well-set and infrastructure complete, despite the constant presence of builders outside Soccer City.

But with a month to go until the moment of truth, there are outstanding issues.

Organisers have yet to test some of the stadiums, including the showcase 90 000-seat Soccer City. Durban’s Moses Mabhida and Cape Town’s Greenpoint stadiums have yet to host games with capacity crowds.

Also, the training grounds are a worry for Fifa, explaining it’s fast-tracking of extra funds on Tuesday.

Transport remains a work in process, with South Africa’s traditionally erratic, informal system slowly giving way to a bus system and the Gautrain light rail network — which it was hoped would connect the southern township of Soweto to Johannesburg’s international airport and Pretoria. The Gautrain is yet to be complete, and will likely run a reduced service.

Police minister Nathi Mthethwa used a parliamentary committee address last week to stress that no one would be allowed to disrupt the World Cup, with worries also raised over militant workers and right-wing activists. — Sapa-AP