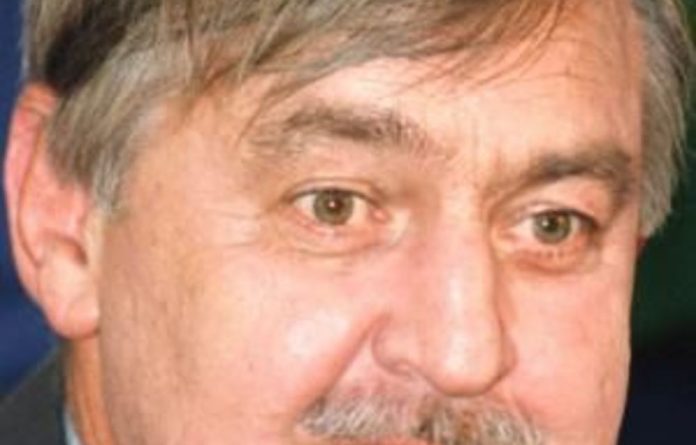 A US academic told the Mail & Guardian on Tuesday that former foreign minister Pik Botha would not have known about discussions with the Israel regarding nuclear weapons.

The “top secret” minutes of meetings between senior officials from the two countries in 1975 show that South Africa’s defence minister, PW Botha, asked for the warheads and Shimon Peres, then Israel’s defence minister and now its president, responded by offering them “in three sizes”. The “three sizes” are believed to refer to the conventional, chemical and nuclear weapons.

The allegations prompted a strongly worded response from Peres’s office and Botha.

“There exists no basis in reality for the claims published this morning [May 24] by the Guardian that in 1975 Israel negotiated with South Africa the exchange of nuclear weapons,” said a statement from Peres’s office.

Meanwhile, Botha said: “I doubt whether such an offer was ever made. I think I would have known about it.”

Botha said at the time he was ambassador to the United States and the United Nations, so he could not have been involved in such meetings.

But as minister of foreign affairs from April 1977, and, towards the end of his term, as negotiator with the United States on the signing of the nuclear non-proliferation treaty, he had known “what was going on”.

“I was very closely connected with our Atomic Energy Board and later Corporation. I would have known about it,” he said.

Deterrent
The South African documents show that the apartheid-era military wanted the missiles as a deterrent and for potential strikes against neighbouring states.

The documents show both sides met on March 31 1975, Polakow-Suransky writes in his book published in the US this week, The Unspoken Alliance: Israel’s secret alliance with apartheid South Africa. At the talks Israeli officials “formally offered to sell South Africa some of the nuclear-capable Jericho missiles in its arsenal”.

However Polakow-Suransky told the M&G on Tuesday that the discussions regarding the Jericho missiles “took place far above Pik Botha’s pay-grade”.

“This relationship was concealed from the outside world and the press but also within both governments. Throughout the 1970s and 1980s both the South African and Israeli defence ministries deliberately kept their foreign ministry colleagues in the dark. In fact, the internal secrecy within the Israeli embassy in South Africa was so strictly enforced that there was a wall — literally — dividing the diplomatic and defence missions through which not even the ambassador himself dared pass”, said Polakow-Suransky.

“Similarly, the only people in Pretoria privy to this information were top-ranking SADF and military intelligence officials and Armscor representatives. Pik Botha would not have known about it and he is no position to deny that it occurred.”

Israel is widely believed to have built more than 200 atomic warheads at its Dimona reactor but it maintains an official policy of “ambiguity” over whether it is a nuclear power.

According to a report in the Guardian, a nuclear sale did not go ahead, partly because of the cost.

South Africa completed its first workable nuclear device in 1979 and eventually had six nuclear devices, which were dismantled by June 1991.

Waldo Stumpf, the former head of South Africa’s Nuclear Energy Corporation who led the project to dismantle the country’s nuclear weapons programme, said he doubted Israel or South Africa would have contemplated a deal seriously.

“To even consider the possible international transfer of nuclear devices … in the political climate post the 1974 Indian ‘peaceful’ explosion, would have had very serious international complications,” he said, referring to India’s first nuclear test blast.

Speculation about Israeli-South African nuclear cooperation was raised in 1979 when a US satellite detected a mysterious flash over the Indian Ocean.

The US television network CBS reported it was a nuclear test carried out by the two countries. But the US Central Intelligence Agency, in a document written in 1980 and released in 2004, said the United States could not determine “with certainty the nature and origin of the event”.

Some weeks before Peres made his offer of nuclear warheads to Botha, the two defence ministers signed a covert agreement governing the military alliance known as Secment. It was so secret that it included a denial of its own existence: “It is hereby expressly agreed that the very existence of this agreement… shall be secret and shall not be disclosed by either party”.

The agreement also said that neither party could unilaterally renounce it.

Israel pressured the present South African government not to declassify documents obtained by Polakow-Suransky. “The Israeli defence ministry tried to block my access to the Secment agreement on the grounds it was sensitive material, especially the signature and the date,” he said. “The South Africans didn’t seem to care; they blacked out a few lines and handed it over to me. The ANC government is not so worried about protecting the dirty laundry of the apartheid regime’s old allies.” – guardian.co.uk