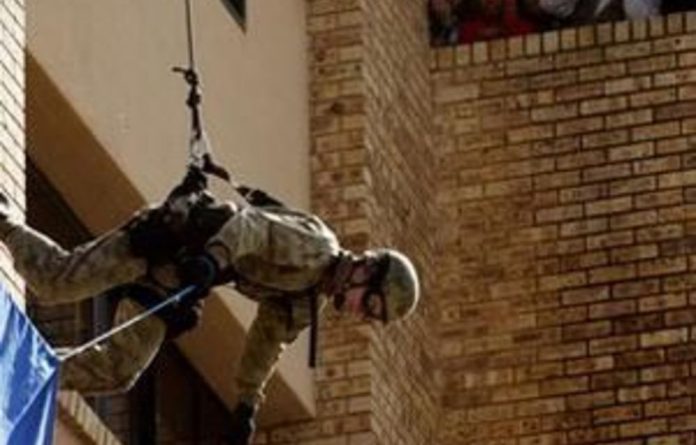 British and South African police have foiled an attempt by English hooligans to sneak into the country for the World Cup via Dubai, the police minister said on Monday.

Nathi Mthethwa also said about 3 200 identified hooligans had until Tuesday to hand in their passports to British police to prevent them travelling.

“A month ago some of them were trying to go via Dubai to come to South Africa and both the South African and UK forces were able to nip them,” Mthethwa told a news conference.

He said around a dozen hooligans were intercepted but would not give details of where they were stopped. South African officials have said they are working closely with British police to prevent hooligans reaching Africa’s first World Cup.

“We really will not take any nonsense this time around … This commitment by the UK authorities [to ban these hooligans] is not just a commitment it is something concrete.”

South African police have little experience of hooliganism which does not occur at soccer matches here, and are relying on spotters and intelligence information from European forces.

The minister said there was no substance to a report in South Africa’s Sunday Times saying that chances of a terror attack during the tournament could be as high as 80% and that Pakistani and Somali militants were running training camps in neighbouring Mozambique.

The paper said some militants may have already crossed into the country.

But he added that this would not make security forces complacent.

“It would, however, be folly for any country to grandstand and proclaim that it is immune to terror attacks.”

Analysts say that although no threats have been identified, the World Cup, as the globe’s most watched sporting event, would be a tempting target for al-Qaeda and other groups.

Officials have said they are paying particular attention to protecting eight matches but have only mentioned one of them, the game in Rustenburg between England and the United States on June 12, the second day of the tournament.

“The US has been targeted for some time, it will continue to be and it is not alone. There is this possibility wherever the US is. We have not taken any chances,” Mthethwa said.

He also dismissed threats from white right-wing groups in South Africa, saying they were being dealt with by police.

Police have recently broken up what they said were right-wing bombing plots, including a plan by white supremacists to plant explosives in black townships.

Africa’s largest economy is still struggling to overcome racial tensions 16 years after the end of apartheid, especially in rural communities.