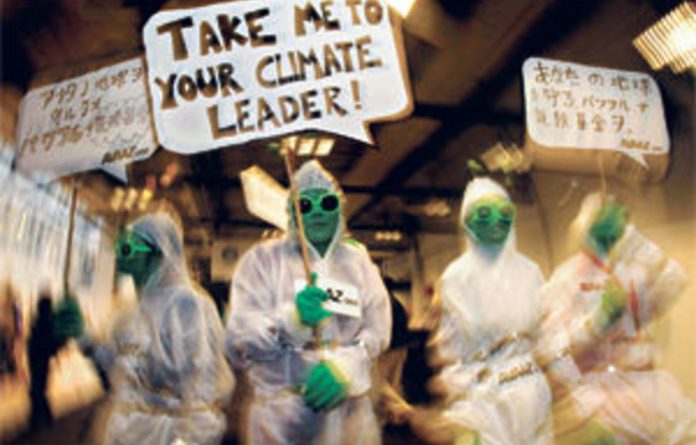 A leaked letter from the United Nations’ climate chief suggests the Copenhagen climate summit failed because the presence of 130 world leaders paralysed decision-making and the Danish presidency backed the United States and other Western nations rather than taking into account the interests of the poor.

The revelations, made as the UN climate talks resumed in Bonn this week, are in Yvo de Boer’s candid letter, written to senior colleagues days after the summit broke up in acrimony in December.

The world leaders had been persuaded by Britain and other countries to go to Denmark, where they were expected to put the finishing touches to a historic global agreement to limit carbon emissions, protect forests and put in place a mechanism to transfer billions of dollars from rich to poor countries each year. Instead, they arrived at a summit seething with mistrust and divided between rich and poor countries.

According to De Boer, who will leave the UN framework convention on climate change in the next few months, the diplomatic debacle began to unfold when Denmark presented a one-sided draft agreement to a few select countries just before the start of the meeting.

The UN, aware that it was biased in favour of the US and other richer countries, tried — but failed — to stop it. ‘[The Danish text] destroyed two years of eff ort in one fell swoop,” De Boer wrote. ‘All our attempts to prevent the paper happening failed. The meeting at which it was presented was unannounced and the paper unbalanced.”

The paper was leaked to the Guardian, which had the eff ect of polarising countries’ positions further, the Danish journalist and climate change expert, Per Meilstrup, whose book on the climate negotiations was released this week, said.

The presence of world leaders such US President Barack Obama, then-British prime minister Gordon Brown and Chinese Premier Wen Jiabao further affected the talks, De Boer wrote. They had been expected to galvanise the summit and steamroller opposition to an agreement but in fact proved counterproductive.

‘Inviting heads of state seemed like a good idea. But it seriously backfi red,” he wrote. ‘Their early arrival did not have the catalytic effect that was hoped for. The process became paralysed. Rumour and intrigue took over.”

Negotiators from more than 180 countries resumed the talks this week hoping to make progress on key areas such as forests, finance and emission cuts. But non-governmental groups warned that rich countries were already seeking to off er loans instead of grants to adapt to climate change.

‘At a time of economic emergency, when several poor countries are slashing critical health and education budgets to avoid a debt crisis, rich countries are considering saddling them with climate debt for a situation they did not cause. It’s like crashing your neighbour’s car and then offering a loan to cover the damages.”

Friends of the Earth called for Europe to show global leadership by cutting its emissions by 40% by 2020. ‘This is the minimum level required if we’re to have any chance of avoiding climate catastrophe and save the lives of the millions of people who will suffer devastating effects like more frequent storms, droughts and flooding,” a spokesperson said. —