SA to ring the changes for France clash 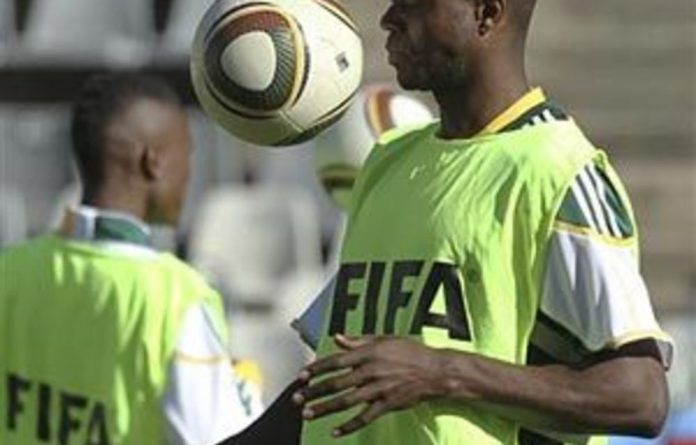 South Africa coach Carlos Alberto Parreira said on Monday he would make sweeping changes for the final group clash against France, but admitted the outcome was not in his hands.

Bafana Bafana and France go into their match in Bloemfontein on Tuesday knowing that even a win could be irrelevant if group leaders Mexico and Uruguay play out a draw in their Group A game.

“There will be five changes in the team,” Parreira told reporters at the Free State Stadium.

The changes would include replacements for suspended players Kagisho Dikgacoi and goalkeeper Itumeleng Khune, but the Brazilian coach refused to unveil his team.

“Mathematically, if Uruguay or Mexico, there is a winner there and there is a winner here of two goals difference, it would be possible,” he said, referring to the chances of South Africa or France qualifying.

“I’m sure the players will not make a deal, ‘OK let’s draw this game.’ Maybe one of the two teams don’t want to play Argentina, they go for a win so we will never know what’s going on in their minds,” he added.

“The reality is that we don’t depend upon ourselves. We need other teams’ results. This doesn’t affect our motivation for the game,” he said.

He denied that becoming the first host nation in World Cup history to crash out at the first stage would be an embarrassment, saying South Africa had a tough group with two previous winners and a strong Mexico outfit.

“The group was very tough. I think it would be sad. It would be a disappointment but I do not consider it as a failure. One day it will happen.”

‘Shocking results’
The coach, who led Brazil to the World Cup title in 1994, said the powerhouses of African football had also suffered in South Africa.

“I’ve participated in a number of World Cups in various capacities and I have never witnessed such a great number of what one might call shocking results,” he said.

And he said the tensions in the French camp would not affect the outcome of the match, adding: “Once the game starts, the French will do everything in their power to win.”

The 1998 World Cup winners’ troubled campaign has been plunged into chaos after the players on Sunday refused to train in protest at the decision to send home star striker Nicolas Anelka.

There have also been claims of divisions in the South African team, with players from KwaZulu-Natal allegedly unhappy with what they consider to be underperforming “superstars” from Johannesburg and Pretoria.

But Parreira denied reports of rifts, saying: “We’ve never had any problems during the whole preparation.”

Captain Aaron Mokoena urged the fans to turn up in numbers in Bloemfontein.

“The fans have been incredible. They’ve been absolutely supportive to the team and that’s what we needed and I hope really tomorrow [Tuesday] they will come in numbers to give the support we need.” — AFP