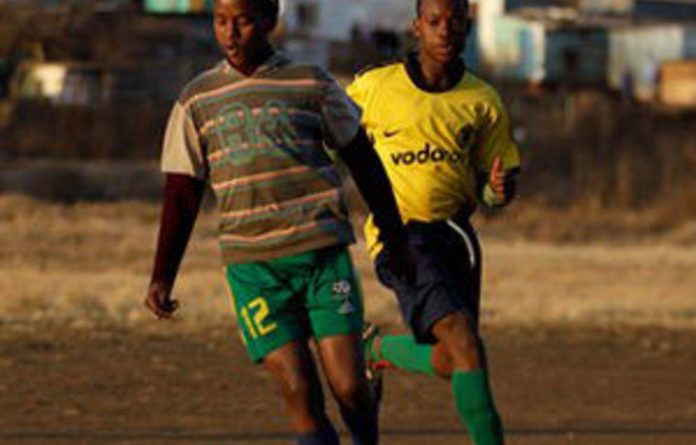 We won, but how do we keep winning? That is the question many South Africans will ask on Monday, the first day of LAWC — life after the World Cup.

Sport’s biggest showpiece was six years in the planning and came to define the national agenda, shaping budget priorities, infrastructure development and daily conversations from townships to vineyards.

Over the past month it has put South Africa at the centre of the sporting world, silencing the critics with its smooth operation and vuvuzela-blowing joie de vivre. It has helped challenge the way Africa is perceived around the world.

“I think there will be huge post-World Cup blues on Monday,” says Danny Jordaan, the tournament’s chief organiser, reaching the end of a personal journey that lasted 16 years. “I hope South Africans go to work because there will be a great sense of loss. It’s like you’ve had a huge party and then there’s the morning after.”

Barring a few hiccups, the tournament was a success that surpassed the expectations of the “Afro-pessimists”. Matches kicked off on time, more than three million people filled stadiums to watch them and the crime rate — only a hundred convictions in the special World Cup courts — would have been low even in Western Europe.

Nelson Mandela’s wife, Graça Machel, promoting the 1Goal education for all campaign, praised the country’s achievements saying: “Well done South Africa! Did you realise how enthusiastic we can be? Did you realise how our security and safety improved this month? Road accidents, criminals, everything dropped. We even had those courts that were able to solve issues in record time. We can make it. Yes, we can!”

The country’s final bill was about R38-billion, according to government figures. As it happens the economic pay-off is also estimated at R38-billion rand. But South Africa insists it is not a zero-sum game, pointing to new roads and transport links that will benefit generations, though time will tell whether some of the stadiums are doomed to become white elephant additions to South Africa’s Big Five.

Then there is the intangible legacy. South Africans of all colours put on their best face as warm and hospitable hosts. The full-throated enthusiasm around the national team, Bafana Bafana, then around Ghana, then around anyone, won the hearts of tourists. The race gangs mythologised after the murder of Eugene Terre’Blanche three months ago had apparently downed their machetes and taken up vuvuzelas.

The sense of unity was a balm on the persistent scars of apartheid, according to Jordaan.

‘These people belonged together naturally’
“Just 20 years ago we were a society that was entrenched on a racial basis by law. Black and white could never sit together in stadiums, go to the same school, go to the same beach, go and sit in the same restaurant, play in the same football team. They could not share a cup of tea or walk in the same street.

“Within 20 years we reached this position as if these people belonged together naturally. We saw white supporters having their faces painted in the Ghana colours supporting young Africans. That is something this World Cup has brought: nation building and social cohesion.”

He adds: “People walked tall. They were very proud of this country. They were told over many years, you are inferior, you are less than people, you cannot do these things because of our history. So that was a psychological barrier the nation crossed: the world is saying this may be the best ever World Cup and this was an African World Cup.”

Jordaan, President Jacob Zuma and Archbishop Desmond Tutu have been reaching for superlatives to describe this transformative moment. They have made comparisons with the release of Mandela from prison 20 years ago and the country’s first democratic election in 1994.

But they may not want to push the analogy too far. The optimism of the early nineties was so unrealistically high that the only way was down. Many South Africans have since becom disillusioned about political corruption and cronyism, a chronically slow response to the HIV/Aids epidemic and the failure to lift millions out of poverty.

There is now anxiety among South Africans about a similar fall from the euphoria of the World Cup. Can the momentum be sustained?

“I was talking to people on the fan walk in Cape Town and that was the question they asked,” says Jordaan. “They said, ‘Can’t you bring another World Cup? How do we capture the World Cup atmosphere and make that the life of South Africans on a permanent basis?’

Permanent feature
“There is a sense of pride and achievement. We’ll have to see how we will ensure that pride is not the pride of 90 minutes in a World Cup but a permanent feature. Some people say find it in the hosting of the Olympics, find it another big event. I think we must find it in addressing some of the issues — housing, health, education, economic growth. We have to come together to deal with some of these issues.”

Not everyone shared in the World Cup honeymoon. Some missed the games because they had neither TVs nor electricity. People still died from Aids, or in poverty, or at the hands of criminals far from the world’s cameras. Informal traders were driven out of stadium exclusion zones and protesters claimed they were evicted from their homes.

The voices of dissent, marginalised during the month-long jamboree, are returning to the fore: if we can spend billions on football grounds, why can we not build houses for the homeless or hospitals for the sick? They wonder why it took Fifa, an immovable deadline and a worldwide audience to concentrate minds.

Patrick Bond, director of the Centre for Civil Society, which ran a World Cup Watch project, says: “The elite have pulled off bread and circuses for the masses. We live in one of the most unequal societies in the world, and we’ve just seen an amplification of that inequality. The costs will become increasingly clear.”

There are fears that an ugly side of patriotism is about to reveal itself with rumours of a fresh wave of xenophobic attacks on foreign nationals. Mindful of the violence that left 62 people dead two years ago, some are already fleeing back to their home countries or South Africa’s rural areas. The army is on the streets and last week Reason Wandi, a Zimbabwean, told how he was thrown from a moving train

South Africans are accustomed to riding incredible highs and apocalyptic lows. They will go to work tomorrow knowing their moment in the sun has passed, and wondering with some anxiety what happens in the shade. But there will also be some lingering epiphanies and quiet satisfaction at what they achieved.

Dennis Davis, a leading judge, says: “I think it would be insane for South Africans not to feel proud, particularly because of so much Afro-pessimism and so much negativity, that we’ve been able to pull this off in extraordinary way. It has been an unbelievable month.

“For me, what comes out of this, is how do we — without an event, without an imposition of a deadline — capture the joy and spirit and community? How do we actually translate that into something beyond a month? Why should it not be possible to do it on a more permanent basis?” – guardian.co.uk