The drama of difference 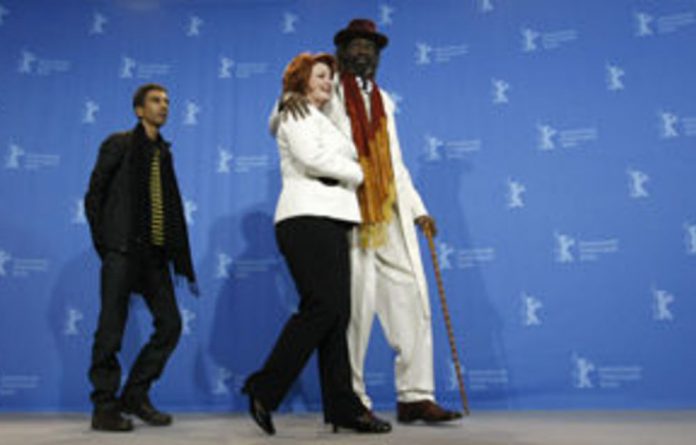 The shoot should have been a disaster. The male lead was dying and wore an oxygen mask between takes. The female lead was struggling with a language she’d speed-learned over four weeks and could barely communicate with her co-star. The director was French, the crew spoke little English and the plot centred on one of the most painful events in recent British history: the July 7 2005 bombings that killed 56 people and injured more than 700.

Moreover, there was little goodwill among the locals in Finsbury Park, north London, where filming took place; they were suspicious that a foreign crew would make a witless, sensationalist picture.

What made Rachid Bouchareb want to make this film? “I wanted to show that Muslims, as much as anyone else, are victims of terrorist attacks,” he says over tea in a London hotel. “That’s often forgotten.” I tell him that one of those Muslim victims was Shahara Islam, a cashier at my local bank.

“But the film is not about these London bombings,” he says with a smile. “I could have set it in Madrid, after the bombings there. The drama would have held true wherever.”

In London River Brenda Blethyn plays a white Christian from Guernsey and Sotigui Kouyaté plays Ousmane, a Malian Muslim who has been resident in France for a long time. Both come to London after the bombings to find out what has happened to their missing children.

“There is the theme of dislocated families, of parents who know very little about their children,” Bouchareb says. Ousmane has not seen his son, now a twentysomething, since he was six. “That’s a strong feature of immigration. An African will come to work in Europe, send money home and stay for years. Eventually, the money no longer arrives and the man doesn’t return to his family. This is what happened, I think, in Ousmane’s case.”

If the film is as much about family, why didn’t Bouchareb fictionalise his story entirely — why hobble it with the baggage of 7/7? “I’ve always wanted to film here. I’m a great admirer of Ken Loach and Stephen Frears.” He cites Loach’s The Wind that Shakes the Barley, about the Irish struggle against British colonial rule, as a profound influence on London River.

His previous film was a war epic, Days of Glory (2006), about Maghrebin soldiers fighting for France in World War II. This time, he says, he looked to England for inspiration, “because there’s nothing like this kind of cinema anywhere else. When Frears made his film about the Queen, with Tony Blair, I remember thinking that nothing like this would ever happen in France.

Nobody would make a picture about Sarkozy. French cinema is seen as too serious to sully itself with recent politics. And TV doesn’t have the independence to do dramas of the kind the BBC does, for fear of interference or being banned.”

The 50-year-old Parisian was born to Algerian parents and his best films are passionately concerned with Algeria’s recent history and the psychological legacy of French colonialism. Artistically, he never travels far from his Algerian roots. His most recent film, Hors la Loi (Outside the Law), shot after London River, is set in the aftermath of the 1945 Setif massacre, in which French gendarmes killed anti-colonialist protesters in Algeria.

London River was an idea that grew over many years. “Even before the bombings I had imagined making a film about a Muslim and a Christian linked by tragedy, struggling with their differences. I imagined making this film after September 11, but the London bombings catalysed the story for me.”

He already had his two leads in mind. “I wrote the scenario for them, really.” He had seen Blethyn in Mike Leigh’s Secrets and Lies and knew he could make something of her ability to wear her anguish on her face and to contrast that with the apparent serenity of Kouyaté. “But there was a problem. When I met Brenda a few years ago she said she couldn’t do it for a year. I said I would wait.” Watching Blethyn and Kouyaté on screen together, you can see why he did. Kouyaté, with his long dreads and erect posture, towers over Blethyn, glum in her anorak, her face twisted with emotion.

“They incarnate two different philosophies in their bodies,” Bouchareb says. “For Muslims, in the face of fate there is often acceptance. We say: ‘It is written.’ That is where the serenity in Ousmane comes from. For Elizabeth, nothing is written, everything is intolerable and her emotions are evident. As a Frenchman with Algerian ancestry, I am torn between these philosophies.”

A recent review of London River (in Variety magazine) claimed it was improbable that Elizabeth and Ousmane’s paths would keep crossing in a city as big as London. But they are touring the same hospitals, looking for their children. There’s no initial solidarity, even when they learn their children were living together. This relationship drives Elizabeth, already distressed to find her daughter’s flat in an area “crawling with Muslims”, to distraction: what could an English girl and an African boy be doing together? Why would they be learning Arabic? Who learns Arabic? (You have to take some of the script’s assumptions about Elizabeth’s insularity on trust.)

In the end London River was no disaster. Finsbury Park gradually opened its heart to Bouchareb and the result, despite 73-year-old Koyauté’s illness, is anything but sensationalist. Kouyaté won the best actor award at last year’s Berlin film festival; he died in April this year.

Some critics have found Bouchareb’s moralising unconvincing and the leads too stereotypical. For me, the performances (especially when the actors improvise) and Bouchareb’s meditative approach to incendiary material subverts these criticisms.

The theme of our common humanity is one Bouchareb thinks worth pursuing. He is currently working on a project about the culture clash between a male Californian cop and an Arab female detective working on the same case.

“I always tell the same story,” he says. “The drama of difference and the insistence that we are not so very different from each other.” — Guardian News & Media 2010