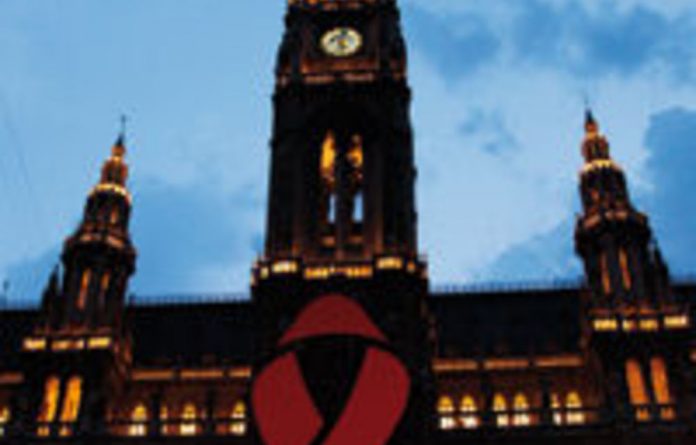 While the response to Aids is being focused on better technologies and more comprehensive health policies, many activists claim that the primary stumbling block in eradicating the disease is a lack of funds.

Discussions about health financing have dominated the 18th International Aids Conference taking place this week in Vienna. According to Mark Heywood, executive director of Section 27 (formerly the Aids Law Project), “we have more tools that we had before, we have more knowledge than we had before.

But tools and knowledge are not self-implemented — we need money, social mobilisation and continued political will.” Michel Kazatchkine, executive director of the Global Fund to Fight HIV/Aids, TB and Malaria, said that calls for increased funding have been met with “a lot of hostility. What we’re hearing is — vicious — that Aids has enough, that it’s not sustainable, that we should do more with less.”

The fund is asking for between $17-billion and $20-billion over the next three years from donor governments such as the United States, Canada and European countries to continue to scale up treatment programmes. Currently, advocates worry that getting $13-billion, the minimum to sustain those already on treatment, will be a struggle.

The Global Fund isn’t the only programme feeling the pinch. A report released at the conference by the Kaiser Family Foundation (KFF) and UNAids found that funding was flat-lined rather than increased in 2009, with the G8 nations contributing $7.6-billion for HIV/Aids programmes compared with $7.7-billion in the previous year.

Drew Altman, president and chief executive of the KFF, noted that there were no significant cut-backs, but donors are “essentially — treading water”. In defence of flat-lined funding, donors claim that spending must be done more efficiently and effectively.

Former US president Bill Clinton, delivering his keynote address on Monday, encouraged “better spending” by scrutinising research proposals before they are approved, cutting back on travel costs and re-assessing drug costs through the increased use of the world’s cheapest generic drugs, among other tactics. While advocates agree that more efficient spending is an important part of Aids financing they also claim that is being used as an excuse to limit funds.

Eric Goosby, the US Aids coordinator, was questioned in a session on Tuesday when he championed so-called “efficient spending” as part of a scaled-back President’s Emergency Plan for Aids Relief programme. Research by the Open Society Institute found that such cuts first and most heavily affect small, community-based programmes rather than cutting down on overhead costs.

Concerns about lack of accountability by African governments are emerging as a central theme in the funding discussion. Paula Akugizibwe of the Aids and Rights Alliance of Southern Africa (Arasa) pointed to the 2001 Abuja Declaration, in which African heads of states pledged to give 15% of their total spending to health.

While most African countries have yet to reach this target, Mphu Ramatlapeng, the Lesotho minister of health, noted that her country has reached close to 15% and that other governments “should live up to that”, adding, “remember, 15% is the bare minimum”. “We should revive activism to force governments to focus on making sure that all our people get adequate treatment,” she said.

But Stephen Lewis, the former UN Special Envoy on HIV/Aids, warned that taking too hard an approach neglects the reality of poverty on the continent. As a result of colonialism and structural adjustment policies, African countries have been “saddled with debt — the lives of these countries in economic terms have been compromised so fundamentally that, of course, when they are faced with a virus of these proportions, they simply can’t find the funds to respond.”

Kurz becomes the country's shortest-serving chancellor, as well as the first in Austria's post-war history to be removed in a no-confidence vote
Read more
World

"Whizz-kid" is one of the monikers given to Austrian conservative Sebastian Kurz, who is set to become the world's youngest leader at just 31.
Read more
World

More than 18 000 delegates are descending on Durban, South Africa, for the International AIDS Conference from July 18.
Read more
Advertising
Continue to the category
Politics