No stars for soccer school 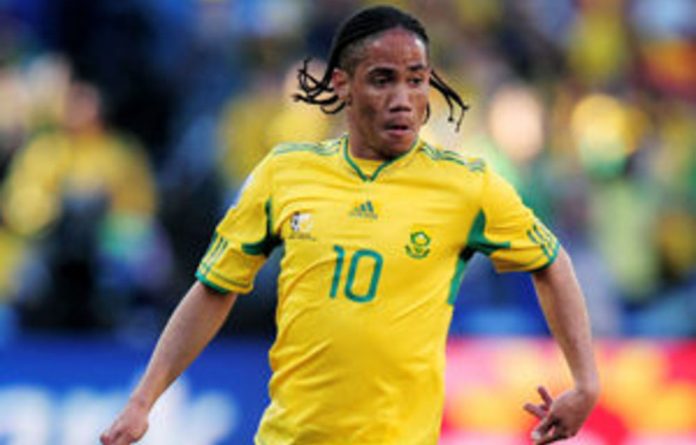 Declining standards and the failure to add more capacity to the Safa-Transnet School of Football Excellence have stifled its goal of contributing to the country becoming a top-playing nation.

Custodians of the school, the Transnet Foundation and the South African Football Association (Safa), have refused to say who is to blame for the neglect.

Launched in 1994, the school was widely viewed as the bedrock of football development and, to its credit, it enjoyed success in the early years. It has produced more than 30 professionals, including Bafana Bafana stars Steven Pienaar, Bernard Parker, Bryce Moon, Masilo Modubi, Mabhuti Khanyeza, Dillon Sheppard and Daine Klate.

On the academic front, positive results were posted, particularly between 2004 and 2006 when the school recorded a 100% pass rate.
But the hard work of the early years appears to be fizzling out as it enrols more and more students, which has overwhelmed the capacity of the school.

Recent media reports claim that the school, with 10 teachers for the 114 students, achieved a 26.3% pass rate last year.
This week a parent gave a grim picture of the state of the Elandsfontein-based football academy.

She said parents were promised that the school would soon have an in-house dietician, doctor and physician — key personnel who should form part of the staff complement of a sporting school — but none had been appointed.

Unfulfilled promises
Other unfulfilled promises, according to the parent, included the renovation of the school and the introduction of “mind games”, such as chess and Scrabble, to ensure that students learned something other than football.

The parent said that only students in grades 11 and 12 were allowed to take computer lessons. In some public and private schools these lessons are introduced much earlier.

Moreover, she claimed, parents were asked to pay R1 000 towards each pupil’s uniform and while the school provided stationery, it was insufficient and parents had to buy more.

Michael Moloto, Transnet Foundation senior manager responsible for sports, disputed the payment of R1 000. “In the past parents did not have to do anything but we realised that some of them were relegating their duties as parents to the school. Once in a while they have been asked to chip in with a jersey or shirt, but nothing near the amount mentioned,” he said.

But Lesley Sedibe, Safa chief executive, contradicted him and corroborated the parent’s allegations. He said Safa had since intervened to try to rescue the institution. “The school is in an appalling state. The living conditions of the boys are unacceptable. Dormitories and toilets are in a shocking state.”

He said Safa had raised R2,9-million to upgrade the school. “We are in the process of appointing a constructor to start work on revamping the gym, spruce up the football pitches in addition to work on the hostels.”

The school principal, Dirk Venter played down the situation. “We could, of course, do with more funding but I am happy to say we are managing with the funds we get.”

But he conceded that the school did not have a dietician, resident doctor and physical trainer.

“These are some of the challenges we are facing, but Fifa has promised to give us R3-million through an application Safa has made.

Extensive work needed
“The money will be used to set up medical facilities, widen our talent identification initiative and pay for our coaches to take upgrading courses,” he said.

The problems at the school seem to have been building up over the years. Moloto said the Transnet Foundation had doubled its sponsorship to R12-million to meet the extensive work that was needed.

The aggrieved parent said: “Their [pupils’] rooms are a disaster. Some door handles have been broken for months without being fixed. The diet looks like that from an old boarding school. These students are supposed to be treated like sportsmen — what they eat is important.

“It does not mean that because they received a scholarship then they have to settle for less and suffer.”

Sedibe said Safa was moving fast to make the school more habitable for the 114 boys who have been enrolled.

“We have already deployed a television set and other recreational activities that will help with the boys’ spiritual programme.

“This is a centre that largely benefits Safa and our view is not to point fingers as to where the root of the problem lies but rather to come up with quick solutions.”

But the relationship between Safa and the Transnet Foundation appears to have broken down irretrievably. Thandi Mlangeni, the foundation’s senior manager for communications, said Transnet was pulling out of the school. “We are in the process of terminating our partnership with Safa and [will] hand over the school to the trust,” Mlangeni said.

She said Safa and the trust would take full responsibility for the school from April next year. Safa had not kept its part of the deal and Transnet was concerned about the impact of the bad publicity on its image, she said. But Transnet would complete most of the required work before it left.

Venter said a facelift to the building was top of the agenda as some parts of the school needed painting. “We now have a governing body that is aware of our situation. Bathrooms taps, door handles and the occasional paint job are required at some of our buildings.

A diet of dissatisfaction
“However, there is no question of a boy sleeping on the floor and our pupils enjoy three well-balanced meals a day.”

He dismissed the assertion that parents had resorted to buying light meals and snacks for pupils to keep in their rooms to supplement the “small portions”.

The parent complained that Morvite, a nutritious instant porridge, had become “a fashionable thing in that school”. Although the pupils were served three meals a day, the last meal was at 6pm and their children got hungry again long before they went to bed.

“There is no snack at all. For a sportsperson that is equal to starving.

“The concept to have the school of excellence is good, but they lost focus somewhere,” said the parent.

Mandla Mazibuko, the head coach who has been at the centre since its launch, welcomed the news of Safa’s intervention. ‘I would love to see the school employ a qualified groundsman to take care of the fields, a coach and assistant coach for each group. We also need a goalkeeper coach to work with all the four age groups,” Mazibuko said.

Pupils enter the school at grade eight and leave after matric. The focus of the football programmes is on the under 14, 15, 17 and 19-year-olds.

In the early years, the school had 47 pupils, four coaches and a technical director. But the number of students has almost tripled and there are only three coaches, which may help to explain poor results on the field. Mazibuko said that lately only two or three graduates had made it to the top-flight league per year.

The parent also criticised the school’s academic performance, which she described as “shocking, despite it being one of the glorified schools in the country”.

The school managed to get away with the failures, said another parent, because parents were reluctant to speak out for fear of their children being stripped of their scholarships. “We cannot rejoice just because we do not pay the fees. I would rather pay for my son to get a better education.”

Venter said he did not have the pass rates for the past few years. “I don’t have the exact percentages of the past matric results but I know it was lower than the previous year,” he said.

Moloto is confident the new measures put in place will improve conditions, despite Transnet pulling out. “We have employed a new principal with 13 years’ experience and increased the board members from the four we had four months ago to 13. Most of the problems at the school were not financial but a result of poor management and governance,” he said.