Delhi Games in crisis as clock runs down 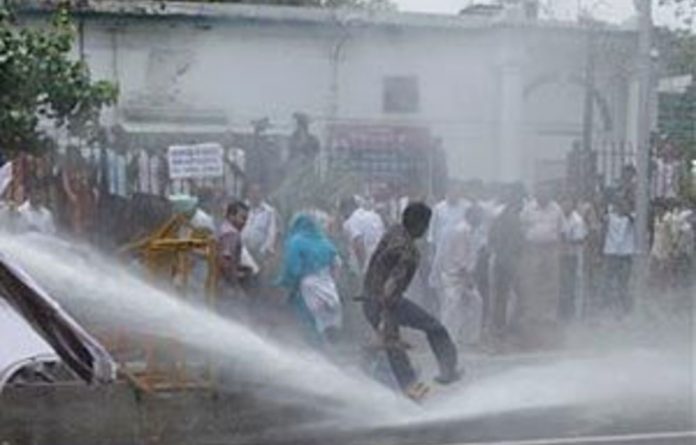 The Commonwealth Games in New Delhi have been plunged into crisis just two months before the opening ceremony by allegations of corruption, shoddy workmanship and delays in handing over venues.

Monday should have witnessed the final handover — already twice delayed — of the venues to the event directors, but four are still under construction and others are the focus of a row over sub-standard work.

The Games, which India had hoped would be a showcase for its emergence as a global economic power, are scheduled to begin on October 3.

The charges of rampant corruption and concerns over the ballooning cost have drowned out increasingly desperate-sounding assurances from top Indian officials, including Prime Minister Manmohan Singh, that preparations are on track.

An Indian anti-corruption body last week reported it had found a host of problems with construction work, including use of poor quality materials and dubious contracts.

The chief technical examiner from the Central Vigilance Commission inspected 15 sites around the national capital and found a number of irregularities and suspect practices by contractors and public bodies.

The Times of India said all construction quality certificates inspected so far had turned out to be fake or “suspect”.

Indian media also reported that the British government had raised questions about suspect sums being transferred from the organising committee to a British-based firm.

The reports prompted the chairperson of the Games organising committee, Suresh Kalmadi, to address a hurried press conference where he slammed the media for conducting a “prejudiced campaign”.

“I wish to state that we have nothing to hide and I stand before you with clear conscience and complete conviction,” Kalmadi said.

“We believe in total transparency. The campaign is very demoralising for athletes and officials who have been working day and night for many years now to make the Games a success.

“The need of the hour is to get on with the Games and be united to make this happen. Let not corruption be the only highlight. There are many positive things to write and talk about.”

The India Today news magazine dubbed the event the “Shame Games”, while a recent editorial in The Times of India said it was “in danger of becoming an exhibition of ineptitude and incompetence”.

The event, involving 71 nations, is already the costliest Commonwealth Games in history, with an infrastructure and organising budget of $2-billion. Unofficial estimates say the cost will be at least three times that amount.

The desperate race to get everything finished in time has been hampered by heavy monsoon rains that have turned worksites across the city into mudbaths and even flooded some of the main venues.

Games Federation chief executive Mike Hooper said on Monday he was concerned about the Central Vigilance Commission’s report and made it clear that the organisers would refuse to take over suspect venues.

“We will not accept the handover of any venue if appropriate documents are not there attesting that the venues are fit for the purpose,” Hooper said.

Opposition parties have seized on the corruption allegations to condemn the government’s handling of preparations for the Games.

Police had to use water cannon on Monday to disperse opposition activists who marched to Parliament with banners bearing slogans including: “Is it Commonwealth Games or the Loot of the Common Man?”

Other Commonwealth nations have expressed concerns about the situation, although Perry Crosswhite, the chief executive of the Australian Commonwealth Games Association, said he suspected political motives at play.

“It looks like the parties and the government there are having a go at each other and no doubt everybody has got their little axe to grind,” Crosswhite said on Monday.

“These things tend to happen before these types of events — the blame game happens. — Sapa-AFP