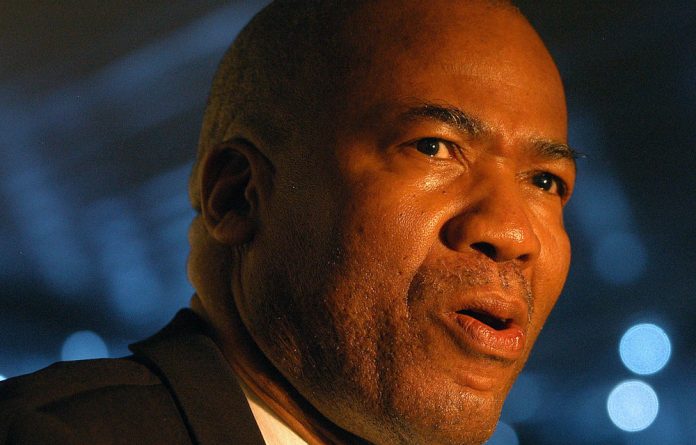 The controversy over the editorship and ownership of a book project at the University of KwaZulu-Natal, as reported by David Macfarlane (“More infighting at UKZN“, July 23), is only surprising because of the parties that are at each other’s throats.

The antagonists are Dasarath Chetty and Malegapuru Makgoba, with the former accusing the latter of removing his name from a book to which he contributed. Chetty is the former head of corporate affairs; Makgoba as vice-chancellor drove a corporatisation agenda at UKZN, with Chetty managing the public image. Now Chetty accuses Makgoba of engaging in unethical conduct and shady academic practices, which Makgoba laughs off as “without merit”.

The book in question is an “executive” discussion of the UKZN merger, a process largely criticised for creating an institution without a soul. It will not be a critical and authoritative contribution to the changes in South Africa’s higher education.

This fallout is consistent with Makgoba’s UKZN: its lack of collegiality, its back-stabbing amid the politics of power. The accusations against Makgoba and his deputy, John Mubangizi, have to do with copyright infringements, misrepresentation, plagiarism and betrayal. Chetty is demanding an independent tribunal but Makgoba has offered a remedy through UKZN structures or legal recourse, both of which are problematic.

If the book is not a commissioned university project, using university structures to resolve the misunderstanding is as abusive as using university lawyers to represent Makgoba in a matter that is about him as editor. Chetty understands well that it has become standard practice under Makgoba to use litigation as a tool to squash challenges.

Chetty no longer has the comfort of an executive salary and has since resigned from the university completely, so a drawn-out legal battle against Makgoba, who will use university resources, will put huge strain on Chetty’s family resources.

Makgoba has been connecting the university to political heavyweights in the province. Post-Polokwane, the premier was roped in as the chancellor of UKZN and the wife of the minister of higher education was given a seat on the university council. The perception is that this political ring-fencing has made the VC untouchable. Academics who have been critical of the political project (and lack of service delivery) presided over by Durban city manager Mike Sutcliffe and mayor Obed Mlaba have often found themselves exiled.

In this current saga, what avenues remain for Chetty? I see only two.

The first one is to have the publishers withdraw the book, on principle, until Makgoba and Mubangizi have fully explained how the names of Chetty and Professor Fikile Mazibuko were removed. I would imagine, though, that as a publisher who received the first manuscript with four names, it would establish why the final version carried only two.

The second option is that the minister of higher education, who presided over the launch, quickly convenes an independent committee to resolve this issue to do with a book he claimed to be interested in “not only as a minister but also as a psychologist and sociologist”. I agree with Macfarlane’s suggestion that “rigorous expertise in both those disciplines might be needed to understand the angry resentments the book has ignited and the power-bloc fault lines its production has exposed”.

The independent mediator Chetty has demanded would test Chetty’s reference to “UKZN’s power dynamic”, a dynamic Chetty himself has been privy to. In a communique to UKZN staff last month about Chetty’s allegations, Makgoba said Chetty’s “complaints are also grounded in other extraneous issues that have nothing to do with the book” — which strengthens the perception that the university structures over which Makgoba lords it are not the place for a fair hearing.

Mazibuko, former deputy vice-chancellor of UKZN and now vice-chancellor of the University of Zululand (UniZulu), preferred not to comment. This is telling in its revelation of how relations of gratitude and power work. The decision not to include her name as editor is prejudicial to her standing as an academic, so why is she silent? Could Makgoba’s membership of the panel that advised the UniZulu council on the appointment of a new vice-chancellor — while he was still her principal — mean that she feels beholden to him?

This matter is not about winning legal points but about academic integrity. I am sure a fair and neutral hearing would do both Chetty and Makgoba more good than harm. Makgoba can be vindictive: the firing of Chetty from the Caprisa contract, which had nothing to do with the dispute at hand, is consistent with his mean nature. You are either for him or against him.