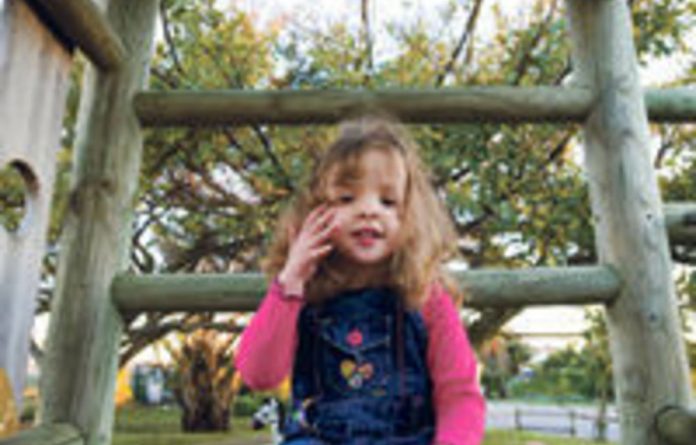 Although Katie Holmes was vilified by the press and public alike for stepping out with her four-year- old daughter in high heels last year, many of us wouldn’t think twice about putting our children in a dinky pair of mini-me trainers.

But there’s a growing belief among experts that when it comes to children’s footwear, the best shoe may be no shoe at all. Tracy Byrne, a podiatrist specialising in podopaediatrics, believes that wearing shoes at too young an age can hamper a child’s walking and cerebral development.

“Toddlers keep their heads up more when they are walking barefoot,” she says. “The feedback they get from the ground means there is less need to look down, which is what puts them off balance and causes them to fall down.”

Walking barefoot, she continues, develops the muscles and ligaments of the foot, increases the strength of the foot’s arch, improves proprioception (our awareness of where we are in relation to the space around us) and contributes to good posture.

“We’ve come to regard the way we dwell permanently in shoes as normal and natural,” says John Woodward, an Alexander Technique teacher who has been barefoot for 25 years. “I’s anything but. True, we are no longer hunter-gatherers.

True, our urban environments are full of ‘unnatural’ dangers. But we can still learn from our origins — footwear was designed to protect the soles of the feet where necessary, and it was temporary.” Byrne, whose own two young children go unshod wherever possible, offers free foot health checks for children from her East London-based
practice.

“The more parents know about the structure of children’s feet, the more we can prevent footwear-related damage being done,” she says. What sort of damage? Research published in the podiatry journal, The Foot, in 2007 suggests that structural and functional changes can result from the foot having to conform to the shape and constriction of a shoe, rather than being allowed to develop naturally. And the younger the foot, the greater the potential for damage.

Woodward illustrates the point perfectly, describing an incident in a restaurant where he was dining sans shoes. “A four-year-old noticed my bare feet and, taking the matter into her own hands, took off her own shoes and socks,” he says.

“On seeing this, the girl’s mother warned, ‘Put your shoes on — because if you don’t, your feet will spread. And then you won’t be able to wear shoes at all’.” The human foot at birth is not a miniature version of an adult foot.

In fact, it contains no bones at all and consists of a mass of cartilage, which, over a period of years, ossifies to become the 28 bones that exist in the adult human foot. This process is not complete until the late teens, so it is crucial that footwear — when worn — is well chosen.

“Most children’s shoes ought to come with a government health warning,” believes Byrne. “They are like awful little bricks — too stiff, too rigid, with no flexibility at the sole and too much heel raise. This is of particular concern with toddlers learning to walk, because it causes them to bounce and tip forward,” she says.

Woodward agrees. “I have in my hand a Nike Air shoe for a three-year- old — quite an expensive item, I would guess. From the heel to the toe there is no ‘bend’ or ‘give’ in the sole. Completely rigid, this shoe will restrict movement of the forefoot to zero. Kids this age should be turning cartwheels, skipping, climbing trees, running around. A shoe like this would seriously restrict such playful physicality — make it less fun, less enjoyable.”

Mike O’Neill, a consultant podiatrist and spokesperson for the Society of Chiropodists and Podiatrists, believes that too many parents treat their children as fashion accessories and choose shoes on their attractiveness or coolness, rather than their ergonomics. Byrne agrees, but points out that it’s not just parents but manufacturers who have a responsibility.

“People see particular shoe styles on sale in the shops — whether it’s a high heel for toddlers, a ‘crawler’ [a shoe for babies not yet walking] or a cute Havaiana flip-flop, with no more than an elastic band at the back — And they think, ‘Well, if it’s on the shelf, it must be OK’,” she says.

With the recent trend for barefoot running, and the associated questioning of the need for highly cushioned, supportive running shoes, some parents may now be thinking a little more about their children’s footwear — or indeed, whether they should encourage them to go barefoot. “From a functional perspective, shoes shouldn’t be necessary,” says O’Neill.

“In fact, there are more likely to be disadvantages and problems from wearing shoes than not wearing them — among them, deformation caused by a poor fit, ingrown toenails and athlete’s foot. “But you have to consider the environment the child is in.

Let’s be honest. Do you want your child walking on the streets or in the park barefoot, where there might be dog poo, dirt and possible hazards like glass?” This is precisely the niche that a newly launched range of children’s “barefoot shoes”, Vivo Barefoot, aims to fill.

“Children get the health benefits of going barefoot with the protection of normal shoes,” says Galahad Clark, who is a descendent of the shoemaking Clarks family. The shoes, with sizes ranging from 18 months (the age from which most babies are walking) to seven years, are wide, light and flexible, with a 3mm puncture-resistant sole.

The range was launched in South Africa last year (under the name Froggies), and research conducted on them found that replacing sevento 12-year-old children’s “normal” school shoes with Froggies over a two-month period resulted in increased foot strength, balance, mobility and ankle function — the same benefits normally attributed to walking in bare feet.

The South African Podiatry Association has given the shoes its stamp of approval. “We want to get Vivos into schools in the United Kingdom before they write their rule books on black lace-ups,” says Clark. In an experimental scheme, the company has already handed out free shoes to six- to eight-year-olds at Denmead Preparatory school in Middlesex.

“At least half the class are wearing these as their black school shoes,” says Joseph Johansen, head of sport at the school. “The boys have commented on how much they like them — that they feel lighter and more comfortable.”

The Vivo Barefoot shoes tick all the boxes in Byrne’s list of “good shoe” requirements: a completely flexible sole, a wide and deep toe box, an anatomically correct last (the “mould” that a shoe is built on), a closure at the back and an adjustable closure at the top, such as laces or Velcro.

“As more and more evidence comes to light regarding the importance of going barefoot and the potential dangers of bad footwear, the ‘barefoot model’ will have to become more widely adopted by shoe manufacturers,” says Byrne.

So what about shoes for children who haven’t made it on to two feet yet? According to O’Neill, their primary function is to provide warmth. But Byrne believes they are a waste of money. “Crawling is an essential skill to master, but it is very difficult when you are wearing pram shoes or crawlers,” she says.

“Crawling stimulates the brain to develop convergence of vision; people who skip this phase as babies may find it extremely difficult to learn to read and write as children. And in the case of children who crawl backwards to begin with, shoes can put extra pressure on the structures of the foot and leg.”

Clarks, which produces crawlers, makes the following declaration on its website: “There’s nothing better for young feet than walking barefoot, whenever it’s safe. It helps muscles develop, allows the skin to breathe and feeling the ground beneath their feet will help them learn to walk.” The title of this statement? “Barefoot is best.” —