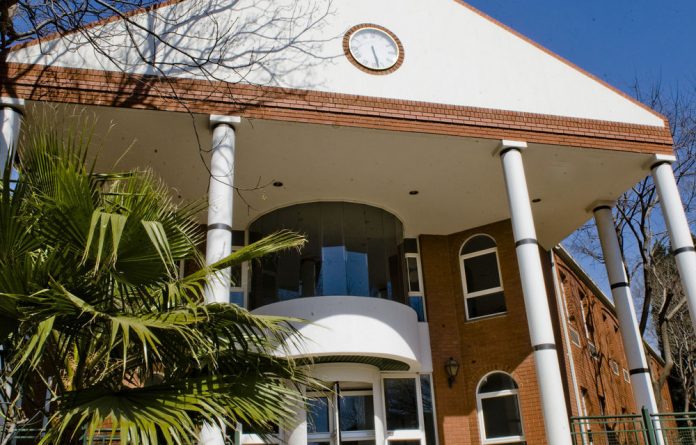 Government coughed up R2,6-million to settle a lease dispute during Mamodupi Mohlala’s time at the pensions office

Axed communications director general Mamodupi Mohlala’s record as pension funds adjudicator has come under scrutiny over a costly mess relating to the leasing of office space.

The government was forced to pay R2,6-million to settle a legal dispute over an offer Mohlala made to lease Heritage House, a luxury office building in Sandton, for the adjudicator’s office.

In a speech in May, leaked to the Mail & Guardian, the current adjudicator, Charles Pillai, told staff that expenditure on the contested leases might constitute fruitless and wasteful expenditure in terms of the Public Finance Management Act (PFMA).

In the last financial statements of her term Mohlala wrote that the move would cost almost R1,2-million as a result of a penalty for cancelling the lease on the premises her office already occupied in Sandton.

Mohlala is no stranger to controversy and is involved in a bitter labour court battle with Siphiwe Nyanda, the communications minister, who fired her as his director general in the wake of an exodus of senior managers from the department.

In his May speech to staff Pillai said: “What this means is that someone in the institution has spent money in such a manner that it constitutes an expenditure that is wasteful or fruitless. In relation to this office it relates to leases that were secured and which were subsequently not proceeded with, resulting in potential expenditure running into several million rands,” he told staff. “We are in the process of settling that matter.”

Last week Pillai said that the Financial Services Board (FSB) and the national treasury had stepped in to resolve the matter and a R2,6-million settlement was reached.

Growthpoint Properties, which signed the lease with Mohlala for Heritage House, declined to comment. Pillai would not disclose the penalty for the cancellation of the lease for the space the adjudicator was already occupying.

“The issue of the losses forms part of the financial report of the pension funds adjudicator for the 2009/10 year, which is yet to be finalised and made public,” he said.

Kershia Singh, spokesperson for Finance Minister Pravin Gordhan, said the treasury believed that the adjudicator should explore the option of moving offices to Pretoria when its current lease expired.

The matter of the leases was brought to Gordhan’s attention and he had instructed the FSB to investigate the matter. “The auditor general was also notified of the issue as a case of possible fruitless and wasteful expenditure,” she said.

Mohlala told the M&G she had gone to the FSB and requested permission to move to larger premises.

“The staff complement had grown bigger. I explained to the subcommittee of the board what the cost implications were and the move was approved,” she said. The auditor general’s office had advised Mohlala that if she obtained legal opinion about whether or not to terminate the contract it would not constitute wasteful expenditure. The opinion given to her before she left to take up her new post was that what she had signed was simply an “intention to make an offer to lease”, she said.

In his speech to staff Pillai also said that some complaints had been lodged with the office for more than five years without being resolved. “On the score of the PFMA compliance, I suspect that we will have a negative assessment by the auditors in the year that is being audited and in all likelihood we will have some difficulty in even meeting the compliance targets in the year that we are in, ” Pillai told staff.

Pillai told the M&G that his office was making “significant progress” in eliminating the backlog.

“Part of the plan is to ensure that all current complaints received by the pension funds adjudicator are finalised within a period of nine months from lodgement,” he said.

Mohlala recently rejected an offer of a year’s salary — R1,6-million — from Nyanda, saying she wanted to be paid out the remaining 26 months of her contract or be redeployed elsewhere in government.