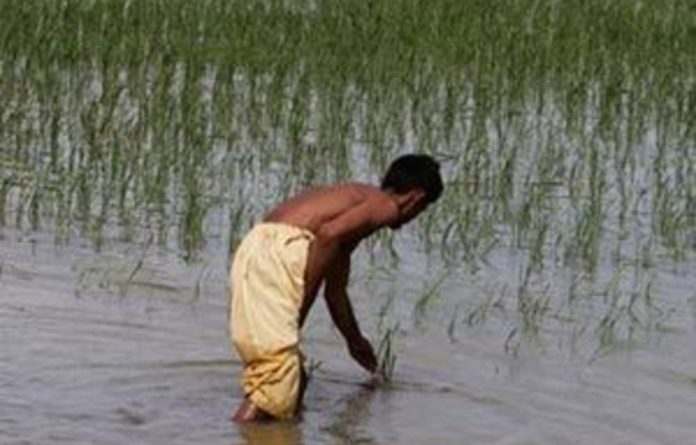 Only a small fraction of the six million Pakistanis desperate for food and clean water have received any help as the United Nations battled donor fatigue and appealed urgently on Tuesday for more funds.

With hundreds of villages marooned and highways and bridges cut in half by swollen rivers, food rations and access to clean water have only been provided to about 500 000 flood survivors, the UN said.

The UN has warned that up to 3,5-million children could be in danger of contracting deadly diseases carried through contaminated water and insects in a crisis that has disrupted the lives of at least a tenth of Pakistan’s 170-million people.

“We have a country which has endemic watery diarrhoea, endemic cholera, endemic upper respiratory infections and we have the conditions for much expanded problems,” Unicef regional director for South Asia Daniel Toole told a news conference.

“We cannot spend pledges. We cannot buy purification tablets, we cannot support Pakistan with pledges. I urge the international community to urgently change pledges into cheques.”

Up to 1 600 people have been killed and two million made homeless in Pakistan’s worst floods in decades. The UN has reported the first case of cholera, but only a quarter of the $459-million aid needed for initial relief has arrived. Public anger has grown in the two weeks of floods, highlighting potential political troubles for President Asif Ali Zardari’s unpopular government, which is a major US ally in the war against Islamist militancy.

“Only a limited proportion of food and water needs have been met. One of the major reasons for this is funding,” UN spokesperson Maurizio Giuliano told Reuters, adding the flood’s slower unravelling, compared to earthquakes and Tsunamis, had dampened donor response.

“Floods do not come in 30 seconds … but the humanitarian needs are greater than in Haiti.”

The World Bank will release $900-million to help fund relief efforts. Funds will come through reprogramming of planned projects and reallocation of undisbursed funds, but it did not say how it would be used to aid victims.

“We are reprioritising to make the funds immediately available,” said Mariam Altaf, a spokesperson for the World Bank.

The damage and cost of recovery could bring long-term economic pain to Pakistan and shave more than one percentage point off economic growth, analysts say.

Pakistan’s High Commissioner to Britain, Wajid Shamsul Hasan, told Reuters the cost of rebuilding could be more than $10-billion to $15-billion.

He appealed to the international community to provide funds for relief and reconstruction for a country fighting Islamist militants, or risk potentially destabilising the whole region.

Islamic charities, some linked to militant groups, have stepped in to provide aid to flood victims, possibly gaining supporters at the expense of the state.

“If a person is hungry, if a person is thirsty and you provide water, he’ll not ask whether you are a moderate or an extremist,” Qureshi told the British Broadcasting Corporation.

“He’ll grab water from you and save himself and his children who were starved. So you have to be aware of this challenge.”

US ambassador to Pakistan Anne Patterson played down concerns about the involvement of charities linked to Islamist militants in relief activities as “exaggerated”.

Victims are relying mostly on the military, the most powerful institution in Pakistan, and foreign aid agencies for help.