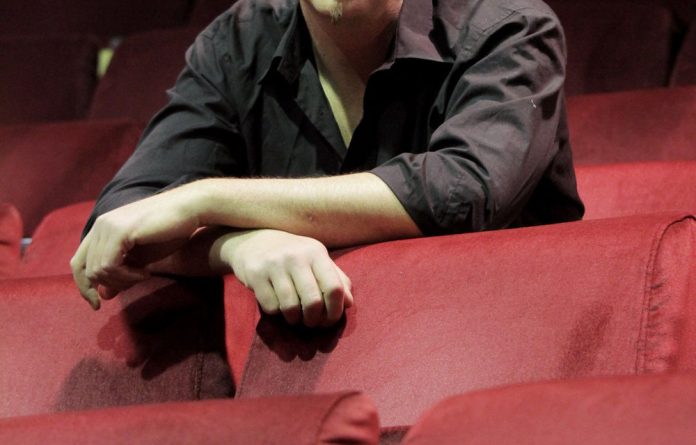 I think drama and English were the only two things that got me through high school. I always loved writing and creating stories.

I studied directing and acting at Pietermaritzburg University [the University of KwaZulu-Natal] and spent a few years in London. It was then that I realised I needed more training. I went to Rhodes, where I did my honours and master’s and worked very closely with director and award-winning actor Andrew Buckland. It was then that my decision to become a director really crystallised for me.

I moved to Cape Town, where I became involved in a theatre company called Remix. It was physical theatre and we worked with the disabled and non-disabled in theatre. I kept that passion with me when starting my own theatre company, FTH:K, where we work with many deaf people. Our work is primarily non-verbal — it’s a visual and clowning performance. We all go on sign-language courses but, like any other language, you learn more when you use it. So at work we get to practise it a lot.

I have always hugely admired Lara Foot Newton. I think I first watched one of her shows when I was in matric and I was blown away. She wrote the script for WomTide, a play which I now direct.

At one point I also wanted to be a performer but there came a time when I realised I could go in that direction and be fairly mediocre or I could focus on directing and make my career into something worthwhile, something that could make a difference and possibly change lives.

I am never far away from music. In my work and our productions there is a strong sound design. I enjoy golden oldies dating from the 1920s and am a Tom Waits fanatic. Nick Cave and the Bad Seeds are also something I enjoy. I just really like listening to artists who grapple with life and who tell stories. The National is a contemporary band I’m really enjoying at the moment. What is in my CD player at present is a compilation of old blues curated by Tom Waits — it came with Mojo magazine.

A few years ago I would hang out at music-oriented venues but now, as I get older, I find myself at places where you can comfortably have a conversation. I frequent the Baxter Theatre in Cape Town and like scruffy little places on Lower Main Road in Observatory.

My cuisine of choice would have to be seafood — sushi, fish and calamari — anything fresh and organic. I try to stay away from red meat as much as possible. The Blue Marlin in Obs has awesome sushi and as a cast we like to hang out there a lot.

Two books I finished recently are Chuck Palahniuk’s Pygmy, which is a fascinating read, and The History of Love by Nicole Krauss. A book I always find myself coming back to is Perfume: The Story of a Murderer by Patrick Suskind.

My favourite film, one of many, is Funny Bones. It illustrates the difference between British and American humour and is just a really quirky comedy, set mostly in Blackpool.

Robert Murray is the founding member and artistic director of the award-winning visual theatre company, FTH:K, based in Cape Town. He spoke to Lisa Steyn