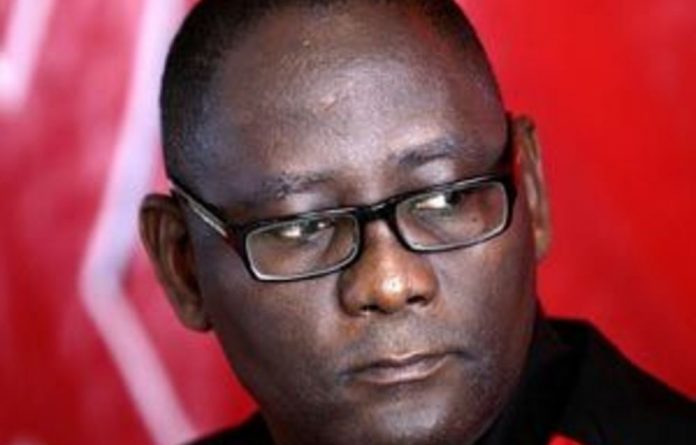 Strike action to curb rampant corruption may be on the cards, according to a Congress of South African Trade Unions (Cosatu) discussion document released on Wednesday.

“… We need a far-reaching programme to fight this cancer. Action against corruption must be incorporated into our Section 77 demands at Nedlac [National Economic Development and Labour Council],” the discussion document on the federation’s August central executive committee (CEC) meeting read.

Cosatu spokesperson Patrick Craven said the inclusion of corruption in a section 77 notice was aimed at “getting the issue [corruption] raised to a higher profile”.

“It’s to demand more thorough investigations into allegations of corruption and tougher action when one is found guilty,” he said.

Cosatu general secretary Zwelinzima Vavi earlier this year came under fire from the ANC for singling out two Cabinet ministers, Minister of Cooperative Governance Sicelo Shiceka and Communications Minister Siphiwe Nyanda, when pronouncing that a tougher stance on corruption was needed.

Mooted disciplinary action against him by the ruling party was, however, later abandoned.

The battle against corruption was aimed at putting the “predatory elites” — who Cosatu argued were endangering the African National Congress (ANC) — on the “back foot”, the document read.

“We need to strike a strategic blow against the elite [for example] by reversing, or taking legal action against, the Mittal deal.”

‘Massive intensification’ of the anti-corruption drive
Vavi, at a media briefing after the CEC meeting, singled out the recent ArcelorMittal deal, in which President Jacob Zuma’s son, Duduzane, was a beneficiary and described it as “outrageous”.

Cosatu wants a “massive intensification” of the anti-corruption drive — its proposal for lifestyle audits of MPs earlier this year did not go down well with its alliance partner, the ANC.

“We need to go beyond moral condemnation. We must deal with the systemic issues, which are reproducing corruption. To do this we need a far-reaching programme to fight this cancer.”

This programme should be developed with civil society and the ruling alliance — the ANC and South African Communist Party, the document reads. It included the hosting of a conference with the president, Attorney General, the South African Revenue Service and the finance minister addressing it.

“Because of the frighteningly rapid emergence of a powerful predator elite, abusing access to the state to accumulate wealth, the question of tackling corruption has become a growing national priority.

The federation said “the extent to which factions in organisations are increasingly not about ideology or political differences, but about access to tenders”, was a problem.

It warned that if corruption continued in the current manner, “the entire state will be auctioned to the highest bidder”.

“… The most insidious and dangerous [form of corruption] is the systematic abuse of access to state power and political contacts to accumulate capital illegally.

“This includes abuse of political influence to corrupt state tenders and procurement processes, and illegitimately win contracts; and abuse of political access and manipulation of BEE [black economic empowerment] provisions to manufacture illegitimate business ‘deals’,” it said, citing the ArcelorMittal deal as an example.

Alliance ‘in limbo’
Cosatu said resolutions adopted at the ANC’s 2007 Polokwane conference on fighting corruption appear not to have been “followed up” by the ruling party’s national executive committee or the government.

The ANC’s discussion documents for its upcoming national general council (NGC) also failed to adequately address the problem of corruption, it said

“The organisational renewal NGC paper only proposes an internal mechanism to discipline members found guilty of corruption, but no measures to effectively combat the roots of corruption which has become so endemic, such as abuse of tenders [and] shady BEE deals linked to access to the state.”

The ANC’s mooted integrity committee also failed to respond to the “seriousness of the situation”.

The document also details the problems plaguing the ruling alliance — Cosatu describes the alliance as being in “limbo” and a state of “paralysis”.

Talks between the ANC and Cosatu are scheduled to take place on Monday next week. This is after ANC secretary general Gwede Mantashe criticised its ally’s handling of the now-suspended public-sector strike. — Sapa