Taking back the Constitution 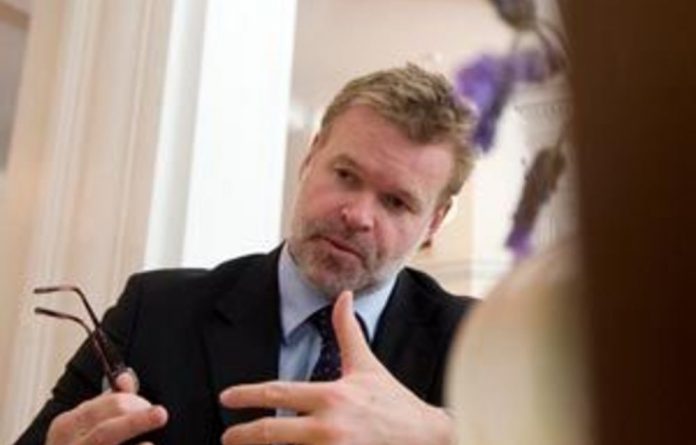 An observer could be forgiven for thinking that South Africa’s democracy is failing.

To the casual onlooker, the proposed Protection of Information Bill, for instance, is arguably merely a tool to insinuate secrecy and oppression through the guise of the democratic process.

But the obvious examples, like the Bill and the mooted media appeals tribunal, divert from the fact that democracy as envisaged by the Constitution has not reached most South Africans 16 years on.

This fact may be less obvious to citizens, perhaps because we have simply watched it slowly unfold before our eyes, becoming so accustomed to the grim dissolution of the dream that we hardly notice its decline.

But an organisation that launched on Thursday in Johannesburg promises to help reawaken South Africans to the values of the Constitution. This is the task the Council for the Advancement of the South African Constitution (Casac) has set itself. And it is an ambitious one.

Led by businessman Sipho Pityana, Casac aims to mobilise South Africans against “conservative forces” within both the government and society, in a bid to protect the Constitution and hold it up as the central goal that South African society aspires to.

It intends to remind South Africans that the values of the Constitution are ultimately what should guide the country and that they are “inviolable”, as Pityana said. “It is important for citizens to assume custodianship of the Constitution and do so visibly,” he told the Mail & Guardian.

It is well known, he said, that in other countries on a similar journey to our own, those in power become impatient with the limiting nature of the Constitution and are tempted to act arbitrarily, undermining this fundamental set of laws.

“An active citizenry should be there to protect it,” said Pityana.

The obvious question, then, is how and what will Casac do to create these agitated and active citizens?

According to Lawson Naidoo, a member of the interim steering committee, the organisation, which includes an advisory council of heavyweight academics and opinion-makers, will work with civil society and the government to educate people about their constitutional rights and how to mobilise and use those rights.

A strong civil-society base, where various organisations focus on rights enshrined in the Constitution, already exists, said Naidoo. But until now there has not been one common body that focuses on advancing the Constitution as a whole. Naidoo was quick to emphasise that Casac will not replicate what others are doing, but will rather identify gaps where it can make an impact.

A more vigilant civil society
Casac has been incubating under the democratic governance and rights unit at the University of Cape Town, headed by Richard Calland, who is also an M&G columnist.

The Constitutional Court is a place where fundamental rights matters are decided and Calland believes that the court wants a more vigilant civil society when it comes to the Constitution as a whole.

Casac will pursue litigation in the public interest and conduct research on constitutional rights matters, as well as provide advisory services to interested parties and stakeholders on these issues.