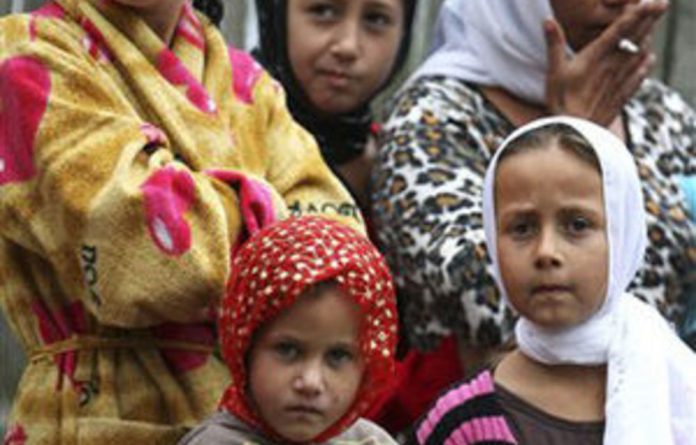 Europe slapped down France on Wednesday over its controversial expulsion of Roma Gypsies, threatening legal action unless Paris abides by EU rules on freedom of movement within two weeks.

Following a spat with Paris and weeks of bickering, the European Commission issued a two-page statement criticising France after a lengthy closed-door meeting of the 27 commissioners.

“The Commission considers that France has not yet transposed the directive on free movement into national legislation that makes these rights fully effective and transparent,” the statement said.

The country has until October 15 to respond, failing which it would face a “formal notice” of infringement proceedings, a process which in theory could land it in the dock at the European Court of Justice — though such cases are generally resolved amicably.

Uproar
France has faced international uproar since President Nicolas Sarkozy’s July clampdown against illegal traveller camps and the expulsion of more than 1 700 Roma to Romania and Bulgaria since that date.

EU justice chief Viviane Reding said earlier this month she was “appalled” by France’s treatment of Roma minorities and upset Paris by saying it was “a situation I had thought Europe would not have to witness again after the Second World War”.

The Union’s executive arm then opened an inquiry to check if France was in breach of one of the EU’s fundamental rights — the right of every EU citizen to free movement within the bloc — or liable to charges of discrimination.

There was no mention of discriminatory practices in Wednesday’s statement.

France responded with a pledge to address concerns over its Roma crackdown, and welcomed what it said was Brussels’s decision not to investigate it for discrimination.

“The Commission accepted France’s assurances that the measures taken have neither the aim nor the effect of targeting a specific ‘minority’ and that French authorities apply EU law in a non-discriminatory fashion,” it said.

But Reding said her inquiries were ongoing.

“We have doubts on the assurances we received at the highest level on the fact that there was no discrimination,” she said.

“We will send a letter to the French government with very precise questions, asking for all the elements,” specially regarding the conditions in which the Roma were deported, she told the press.

At the centre of the row between Reding and Paris was a controversial French government memo dated August 5 ordering police chiefs to clear 300 camps or illegal settlements within three months, saying “Roma camps are a priority.”

France has since amended the document.

But in a response to Wednesday’s commission ruling, the European Parliament’s second biggest group, the centre-left Socialists and Democrats, urged further action against France.

The opening of an infringement procedure marked “an important precedent”, said the group’s leader Martin Schulz.

“For the first time the Commission has decided to exercise its powers as guardian of EU law, not in relation to the internal market or competition, but on a fundamental principle underpinning EU citizenship.”

But the group’s civil liberties spokesperson called on the commission to go further.

It “must not let France off the hook on discrimination,” said Claude Moraes, “giving the impression that what happened in France is simply a case of maladministration.” – AFP

With a world-class gauntlet laid out in front of them, could South Africa make an expectant nation proud?
Read more
Advertising
Continue to the category
Coronavirus