Tutu’s call for opera to boycott Israel gets strong reaction 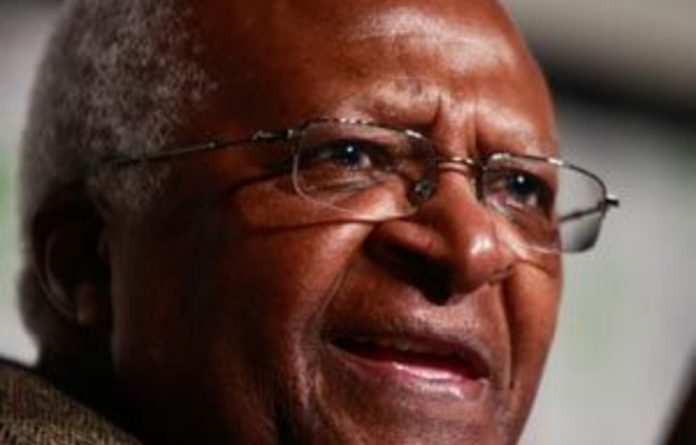 The South African Jewish Board of Deputies’s (SAJBD) Cape Council on Wednesday rejected a call by Archbishop Emeritus Desmond Tutu for the Cape Town Opera to cancel a planned trip to Israel.

“Peace and understanding is best served through constructive and positive engagements between Israel, South Africa and the Palestinian regions, not by boycotts,” the SAJBD said in a statement.

It also “completely rejected” Tutu’s statement that Israel was founded on “discriminatory laws and racial exclusivity”.

“There is in fact no other country in the Middle East that can claim to be as inclusive, non-discriminatory and multi-cultural than Israel.”

The SAJBD urged the Cape Town Opera to “add their beautiful voices to those of reason and let their outstanding production sound in the ancient land of the prophets”.

The embassy of Israel also rejected the call by Tutu.

“Archbishop Desmond Tutu’s call for a cultural boycott of the State of Israel is yet another phase in the biased campaign, waged by him and those who share his sentiments, that distorts and demonises Israel, while singling it out,” spokesperson Hila Stern said in a statement.

Stern said the boycott would cancel any possibility of dialogue and reconciliation.

“Tutu’s words will do nothing but increase the intense hatred between the two peoples. Tutu’s unbased doubts regarding Israel being a civilised democracy, as well as his other false accusations, reflect either a lack of understanding of the situation, or a deliberate populist incitement.”

Saddened
The South African Zionist Federation said it was saddened by Tutu’s statement.

“His attack on Israel is unjust and harmful to any moves towards peace, and his stance is to be regretted, especially in light of the decision taken by the Cape Town Opera to continue with its tour of Israel because it is ‘first and foremost an arts company that believes in promoting universally held human values through the medium of opera’,” the federation said.

A group of Israeli citizens, however, said in a statement on Wednesday it had written to the opera appealing for it not to perform in Israel.

“As Israeli citizens who are active against our government’s apartheid policies, we find it distressing that the Cape Town Opera has agreed to perform at the Tel Aviv Opera House starting on November 12,” the group said.

Unconscionable
The Cape Town Opera rejected Tutu’s call, which he made on Tuesday. Tutu asked it to call the trip off, saying it would be inappropriate and unconscionable.

“Just as we said during apartheid that it was inappropriate for international artists to perform in South Africa in a society founded on discriminatory laws and racial exclusivity, so it would be wrong for Cape Town Opera to perform in Israel.

“Cape Town Opera should postpone its proposed tour next month until both Israeli and Palestinian opera lovers of the region have equal opportunity and unfettered access to attend performances.

“Only the thickest-skinned South Africans would be comfortable performing before an audience that excluded residents living, for example, in an occupied West Bank village 30 minutes from Tel Aviv, who would not be allowed to travel to Tel Aviv, while including his Jewish neighbours from an illegal settlement on occupied Palestinian territory,” said Tutu. — Sapa