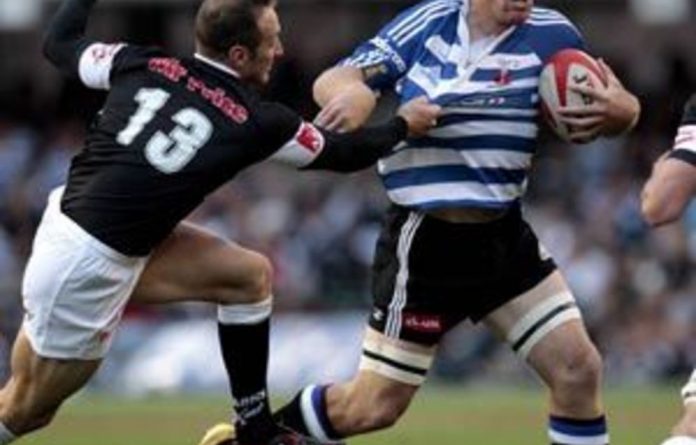 Flanker Schalk Burger and centre Juan de Jongh have been ruled out of the Springboks’ tour of Britain and Ireland because of injury, the South African Rugby Union announced on Monday.

Both men were injured during the Currie Cup final on Saturday, with Burger suffering a broken rib and De Jongh picking up a hairline fracture in his left ankle.

Burger, a veteran of 63 Tests, has been replaced by uncapped Bulls loose forward Deon Stegmann. Adrian Jacobs, who played the last of his 30 Tests in November 2009, takes De Jongh’s place.

Bulls fullback Zane Kirchner has also been added to the squad.

“It’s a blow to lose players but we’ve rolled with the punch and already moved on,” coach Peter de Villiers said in a statement.

“We trained without them this morning [Monday] and we already had contingency plans in mind, which we’ve begun to put into operation. It’s not an ideal situation but we’ve all got on with our jobs and are focused only on the players that we have in camp,” De Villiers added.

The Springboks had already been forced to change their touring squad when scrumhalf Ricky Januarie was ruled out with a knee injury sustained in Saturday’s Currie Cup final.

South Africa begin their five-match tour with a Test against Ireland in Dublin on Saturday and De Villiers said the injury disruptions meant he would delay naming his team until Thursday.

“We have the line-up in mind but want to make sure everyone’s OK before making the announcement,” said De Villiers.