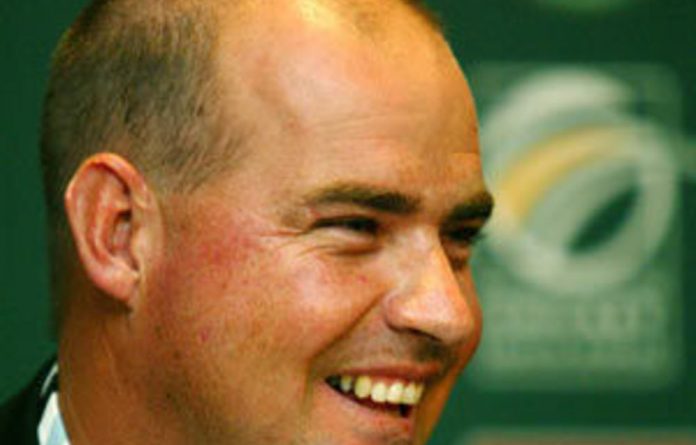 The Pakistan Cricket Board on Monday warned former South Africa coach Mickey Arthur not to repeat his controversial allegations of match fixing against the Pakistan cricket team in his upcoming biography.

The PCB sent a three-page legal notice to Arthur through its lawyer Tafazzul Rizvi warning Arthur against publishing the claims.

“Give your written undertaking that your biography Taking the Mickey will not contain such or similar libels and disparaging statements against Pakistan team or any of its members,” said the legal notice, a copy of which was obtained by the Associated Press.

Arthur was also asked to give a proposal for the payment of a “substantial sum in damages to compensate them [PCB] for the harm and distress.”

Last month, Arthur told News24 that his team suspected match fixing when Pakistan collapsed dramatically to lose the fifth and decisive ODI to South Africa in Lahore three years ago.

The PCB has given Arthur one week to respond to the legal notice.

Arthur told News24 that “the South African cricket team had a strong suspicion that that there was match fixing involved in a decisive one-day international against Pakistan three years ago and it took some of the gloss off the series win”.

However, the PCB in its legal notice claimed the statements were made by Arthur to “sell” his biography.

Arthur conceded he had no proof of match fixing, “but when you have been involved in the game long enough, you know when something is not right”.

The PCB has also asked Arthur to unconditionally and publicly retract his defamatory statement.

The ICC’s code of conduct commission has already rejected appeals from Butt and Amir, while Asif did not appeal against the suspension.

The suspended players are due to appear before the anti-corruption tribunal of the ICC on dates yet to be set.

On Sunday, the PCB prevented Danish Kaneria from travelling to the United Arab Emirates despite the leg-spinner being cleared by Essex police in September of criminal charges over allegations that he was involved in spot fixing during a county match against Durham last year.

The ICC’s Pakistan Task Team said on Sunday it was impressed by the PCB’s measures to ensure the integrity of its cricket after it developed a new anti-corruption code for the players, proposed a plan to regulate agents of players and enhance a countrywide anti-corruption education programme.

“PCB has clearly recognised that it is imperative to protect the integrity of cricket and we are indeed impressed by the progress reported,” ICC chief executive Haroon Lorgat said in a statement.

“Their [PCB] willingness to play such an active role on the integrity issue is vital to the future of international cricket. They have shown a clear determination to tackle their challenges.” – Sapa-AP