G20 in war of words on trade as summit nears 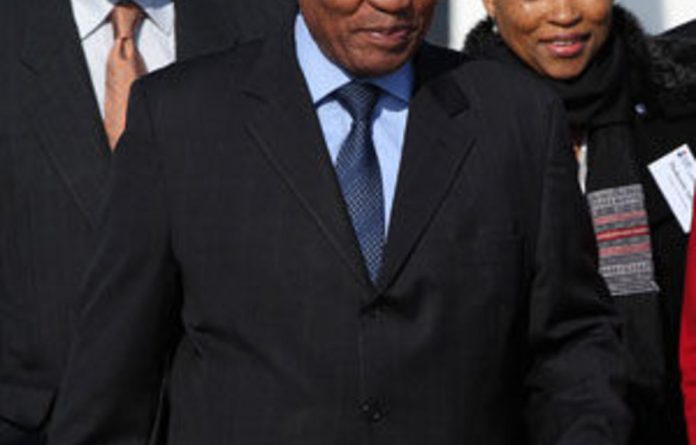 Bad blood between the world’s 20 biggest rich and emerging nations has spilled over ahead of summit talks starting on Thursday on an ill-tempered drive to rebalance the lopsided global economy.

Preparatory negotiations for the two-day summit in Seoul grew heated as deputy finance ministers battled over how to redress growth imbalances arising from China’s dramatic expansion and America’s deficit woes.

“Each country was sticking to its original position,” Kim Yoon-Kyung, spokesperson for South Korea’s Group of 20 presidential committee, told reporters after the deputy ministers met for 14 hours on Tuesday.

“Voices were raised,” Kim said. “They wouldn’t compromise. They actually had to keep the door open because the debate was so heated and we were lacking oxygen.”

The deputies were meeting anew on Wednesday to thrash out the summit communiqué that will be adopted by leaders, including the US and Chinese presidents, on Friday.

At best, South Korean officials suggested, the G20 may settle for a watered-down deal to task the International Monetary Fund (IMF) with crafting guidelines to trim the yawning imbalances in world trade.

Stinging criticism
The US and Europe have long accused China of keeping the yuan grossly undervalued to boost exports.

Washington has itself attracted widespread and stinging criticism after the Federal Reserve decided to pump an extra $600-billion into the fragile US economy.

Critics, including top Chinese officials, say this amounts to an effective dollar devaluation, and has the potential to trigger a 1930s-style trade war if other countries respond in kind.

“We have to be particularly wary of protectionist sentiments,” Indian Prime Minister Manmohan Singh, who paid host to US President Barack Obama this week, said in a statement before leaving for Seoul.

“There are developmental imbalances within and between countries, and rebalancing of the world economy is a major challenge,” he said, stressing it was in fast-growing India’s best interest to keep trade open.

Emerging economies worry that much of the new US money will flood their financial markets in search of higher returns, driving their currencies still higher against the dollar and Chinese yuan to the detriment of their exports.

Germany has been particularly vocal in accusing the US of itself resorting to Chinese-style tactics. Like China, the eurozone giant has a hefty trade surplus, but says this has nothing to do with any currency chicanery.

But launching a staunch defence of the Fed, Obama said in New Delhi on Monday that “the worst thing that could happen to the world economy, not just ours … is if we end up being stuck with no growth or very limited growth”.

US critics of Beijing gained fresh ammunition on Wednesday when China released trade figures showing its surplus grew year-on-year in October to $27,15-billion.

US data later on Wednesday is expected to show a trade deficit of about $45-billion, fuelling pressure on Obama a week after the Republicans savaged his Democrats in mid-term elections to Congress.

‘Frank discussions’
But China has seized the opportunity to turn the tables on Washington in light of the Fed’s renewal of a drastic stimulus policy known as “quantitative easing”.

“The United States is not aware enough of its obligations on capital markets and has not sufficiently thought about the attacks suffered by emerging economies,” China’s Vice-Finance Minister, Zhu Guangyao, told reporters on Monday.

“We will have frank discussions with our US colleagues” in Seoul, he said, echoing others, including German Chancellor Angela Merkel, who are alarmed at the direction of US policy.

US Treasury Secretary Timothy Geithner struck an optimistic note in India on Monday, saying he was “very confident you are going to see very strong consensus” on a rebalancing plan in Seoul.

But any plan looks set to omit a numerical figure, after Geithner’s desire to limit current account surpluses or deficits to a target of 4% of GDP was roundly assailed in the G20.

United Nations Secretary General Ban Ki-moon appealed to the G20 not to forget another part of its summit business — reformulating aid for the world’s poorest nations.

“The global economic recovery remains fragile,” he said in Seoul. “The voices of the vulnerable must be heard.” — AFP