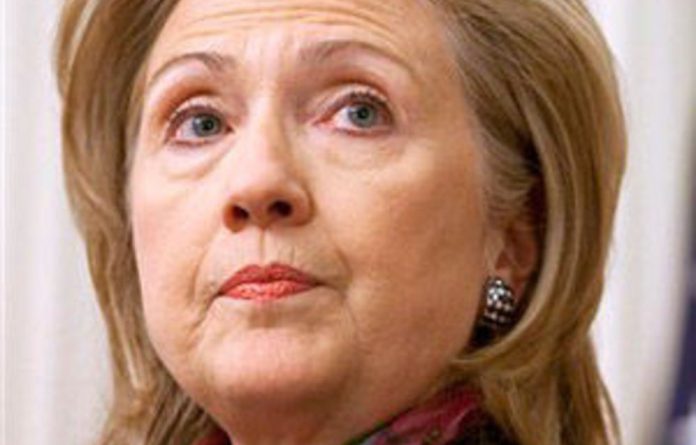 Leaked memos on Wednesday exposed deep tensions between the United States and Pakistan on nuclear arms safety, and revealed how the army considered forcing out a president who dreads his own assassination.

Pakistan dismissed fears that its nuclear weapons could fall to terrorists, issuing a terse statement indicative of widening international uproar over website WikiLeaks’ decision to release a quarter of a million secret US cables.

“Their fears are misplaced and doubtless fall in the realm of condescension,” said foreign office spokesperson Abdul Basit.

“There has not been a single incident involving our fissile material, which clearly reflects how strong our controls and mechanisms are.”

In the wake of the leaks, US ambassador Cameron Munter on Wednesday headed into talks with Pakistan’s Prime Minister Yousuf Raza Gilani.

Inside job
The Guardian, which was given advance access to the memos released by WikiLeaks, said the documents showed greater US concern about Pakistan’s nuclear arsenal than previously revealed publicly.

In 2009, then US ambassador Anne Patterson reportedly wrote: “Our major concern is not having an Islamic militant steal an entire weapon but rather the chance someone working in government of Pakistan facilities could gradually smuggle enough material out to eventually make a weapon.”

In 2008, the year that Gilani took office, a cable reportedly warned: “Pakistan is producing nuclear weapons at a faster rate than any other country in the world.”

The cables cited serious concerns from the British.

They also quoted the Russians as saying: “There are 120 000 to 130 000 people directly involved in Pakistan’s nuclear and missile programmes … There is no way to guarantee that all are 100% loyal and reliable.”

Confirming what was widely rumoured in Islamabad at the time, the documents said Pakistan’s powerful army chief mused about forcing out President Asif Ali Zardari, who the cables show has made preparations for a coup or assassination.

General Ashfaq Kayani told Patterson in March 2009 that he “might, however reluctantly”, have to persuade Zardari to resign, according to one cable.

Kayani was quoted as saying that he might support Asfandyar Wali Khan, leader of the Awami National Party, as the new president thus avoiding elections that would like bring to power Zardari’s arch-nemesis Nawaz Sharif.

Zardari feared for life
In a cable quoted by the Guardian and the New York Times, US Vice-President Joe Biden recounted how Zardari told him that Kayani and Pakistan’s Inter-Services Intelligence agency “will take me out”.

Zardari reportedly made extensive plans in case he was killed, telling Patterson “he had instructed his son Bilawal to name his [Zardari’s] sister, Faryal Talpur, as president”.

In October 2009, a cable showed that a small US special forces team was allowed to deploy alongside Pakistani soldiers in the tribal belt, the zone on the Afghan border that Washington considers an al-Qaeda and Taliban sanctuary.

It was only the second time such permission had been granted, the cable said. Senior Cabinet ministers were also shown to support privately US drone attacks in the tribal belt, despite huge opposition in the public at large.

Addressing US concerns of Pakistani double-dealing in Afghanistan, the New York Times said Biden asked Kayani several times in 2009 whether Pakistan and the United States “had the same enemy as we move forward”.

Kayani tried to reassure him, but the Guardian said separately that hundreds of millions of dollars in American military aid earmarked for fighting Islamist militants was not used for that purpose.

Kayani reportedly said that the money, including $26-million for barbed wire and $70-million to defend against non-existent Taliban warplanes, had been diverted into the government’s coffers.

The cables laid bare US frustrations at what officials see as Pakistan’s refusal to cut off ties with extremists such as Lashkar-e-Taiba, which is blamed for carrying out the bloody 2008 siege of Mumbai in India.

They also pointed to credible evidence last year of extra-judicial killings by the Pakistani military after an offensive against Taliban insurgents.

Washington announced recently it would cut off support for some Pakistani units after a video appeared to show such killings. – AFP