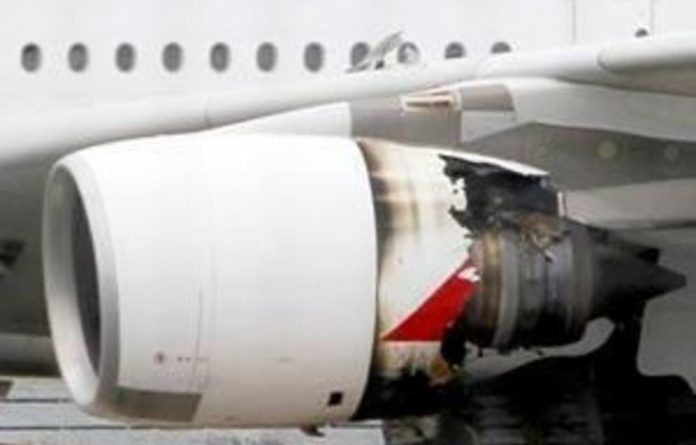 Qantas stepped up pressure on Thursday on engine-maker Rolls-Royce to settle damages related to an engine failure on one of its giant Airbus A380 aircraft, but said it would keep the door open for an out-of-court settlement.

Qantas said it had filed a claim in the Federal Court of Australia over the financial and commercial impact of the mid-air failure of a Roll-Royce engine on November 4, which forced a Sydney-bound A380 to make an emergency landing in Singapore with 466 people on board.

“Today’s [Thursday] action allows Qantas to keep all options available to the company to recover losses, as a result of the grounding of the A380 fleet and the operational constraints currently imposed on A380 services,” the airline said.

“The airline has today filed a statement of claim … [to] ensure that the company can pursue legal action against Rolls-Royce … if a commercial settlement is not possible.”

Qantas said the claim did not include a specific figure as it was still assessing the damage.

Brokerage UBS estimated it may cost the airline about Aus$60-million ($58-million) in costs and lost revenue, while Macquarie estimated incremental costs of about Aus$20-million relating to the grounding as well as a decline in international capacity of around 1% for the first half of 2011.

Difficulties not yet resolved
A firm estimate on the damages may still be months away as Qantas does not yet know when it can return the aircraft to service or when Rolls-Royce can fully solve the technical issues.

Earlier on Thursday the Australian Transport Safety Bureau (ATSB) told airlines using the Trent 900 engine — including Qantas, Singapore Airlines and Lufthansa — to conduct further checks after it identified a potential manufacturing defect which it said could lead to oil fire and engine failure.

“The problem relates to the potential for misaligned oil pipe counter-boring, which could lead to fatigue cracking, oil leakage and potential engine failure from an oil fire,” the ATSB said in a statement.

The new checks come just days after Qantas resumed flying some of its A380s on a limited basis following a three-week grounding to inspect aircraft and replace engines.

Only two of six A380s are back in service and the rest of the fleet will be grounded into next year as Qantas examines another 12 engines that may be faulty.

It has also kept the A380s off routes to Los Angeles — among the most lucrative destinations — as these flights are the longest served by the A380 and require maximum engine thrust on take-off. — Reuters