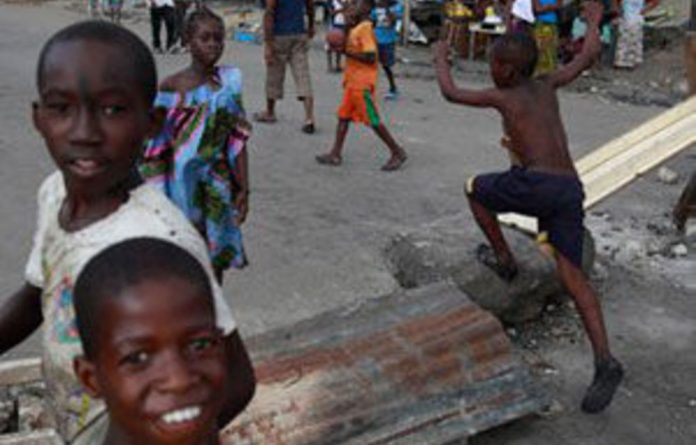 Côte d’Ivoire was in political turmoil on Monday as rivals challenging Laurent Gbagbo’s claim to the presidency declared they had formed a new government, with international mediators trying to settle the stand-off amid fears of civil war.

Former South African president Thabo Mbeki stepped in to try to head off violence after both the incumbent, Gbagbo, and his old rival, Alassane Ouattara, swore themselves in as president.

Gbagbo (65) has defied international calls to cede power after the United Nations recognised Ouattara as the winner of the November 28 run-off vote.

But after Mbeki, sent by the 53-member African Union (AU), held emergency talks with the two on Sunday, Ouattara upped the ante.

He called on the mediator to demand Gbagbo quit, as his own allies declared they had formed a new government.

Despite an order by Gbagbo for Côte d’Ivoire’s borders to be sealed, “there are more than 300 Ivorians who have already crossed the borders into Liberia”, the top Liberian official for refugees, Saah Nyumah, told Agence France-Presse

Nyumah warned of impending food shortages if the numbers increase. “They are mostly women, children and elderly people.”

Later on Sunday, the army announced it would be reopening the borders at 6am GMT on Monday, but that security would be reinforced.

Ouattara told reporters after talks with Mbeki: “I asked him to ask Laurent Gbagbo not to hang on to power … to quit power, as you should when you lose an election.”

“Among other things, it’s important not to have violence, not to return to war and so on, to find a peaceful solution.”

Côte d’Ivoire was split in two between north and south by a civil war in 2002 and 2003. The November 28 vote was supposed to stabilise the country, which was once the most prosperous in West Africa.

But it was plunged into turmoil when the Constitutional Council invalidated results announced by the Independent Electoral Commission that gave Ouattara a win with 54,1% of the vote and proclaimed Gbagbo the winner with 51,45%.

The streets of Abidjan were quiet on Sunday, but at least 17 people have been killed since last week.

The AU warned in a statement on Saturday the situation could erupt into “a crisis of incalculable consequences”.

It called on Gbagbo to recognise the findings of the Independent Electoral Commission that Ouattara had won the presidential election.

But Gbagbo has defied international calls to cede power.

And as Gbagbo’s allies hung the chain of office around his neck at a ceremony on Saturday, former prime minister Ouattara (68) swore himself in as president in a handwritten letter to the constitutional authorities.

UN-certified results from the run-off vote showed Ouattara as the winner, but Gbagbo’s high court allies overturned them by annulling allegedly rigged ballots in parts of the north, his rival’s stronghold.

The United States and European Union have also recognised Ouattara as the victor, but Gbagbo has refused to step aside and told outsiders to mind their own business.

“I am charged with defending our sovereignty and I will not negotiate on that,” he said on Saturday after being sworn in.

Soldiers deployed
A spokesperson for former rebel leader and incumbent prime minister Guillaume Soro, who has pledged allegiance to Ouattara, on Sunday read out to reporters a list of 13 Ouattara allies named in a new government.

At the top of the list was Soro as prime minister and defence minister. Soro is the leader of the former rebel New Forces movement that controls the north.

Gbagbo replied by appointing as his premier Ake, an economist who is dean of Abidjan’s main university.

Soldiers were deployed around Abidjan, while armoured vehicles from a UN peacekeeping force guarded the hotel housing Ouattara’s campaign base.

Mbeki had previously helped mediate a peace deal which paved the way for Côte d’Ivoire’s first elections in a decade last month. — AFP