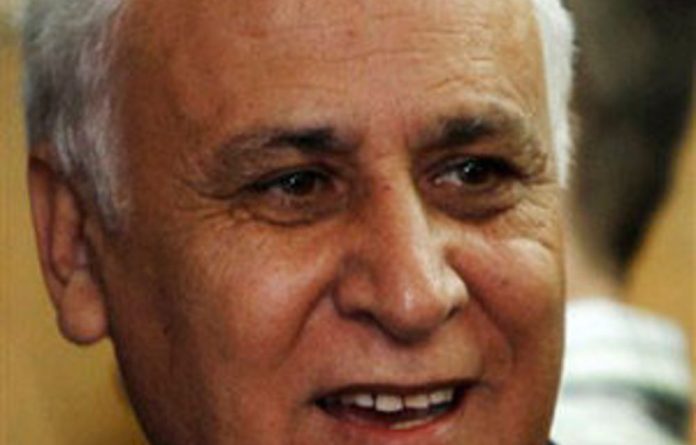 Former Israeli president Moshe Katsav was found guilty of rape and other sex crimes on Thursday which could see him jailed for years, in what Prime Minister Benjamin Netanyahu called a sad day for the Jewish state.

“Katsav’s testimony was riddled with lies,” the three-judge panel said in its ruling. “When a woman says no, she means no.”

Katsav had denied the charges of twice raping an aide when he served as a Cabinet minister in the late 1990s, and of molesting or sexually harassing two other women who worked for him during his 2000-2007 term as president.

He was also convicted of obstructing justice, for trying to confer with one complainant about her testimony to police.

“This is a sad day for the state of Israel and its residents,” Prime Minister Benjamin Netanyahu, leader of the right-wing Likud party of which Katsav is a veteran member, said in a statement after the verdict.

“Today the court conveyed two clear-cut messages, that all are equal before the law and that every woman has exclusive rights to her body,” Netanyahu said.

The 65-year-old Katsav had no comment for reporters as, ashen-faced, he was spirited out of Tel Aviv District Court by a scrum of relatives, attorneys and bodyguards. One of his lawyers declined to say whether Katsav would appeal to the Supreme Court against the unanimous verdict or any prison time that follows.

Rape carries a minimum prison term of four years and a maximum of 16 years in Israel. Moshe Negbi, legal analyst for Israel Radio, told Reuters any sentences handed down to Katsav for the lesser charges would probably be served concurrently.

Disgrace
Though the scandal had forced Katsav’s early retirement in disgrace, it had little impact on Israeli government functions, as the presidency is largely ceremonial.

But the allegations against the Iranian-born leader, whose rise from the slums once served as a shining example for disadvantaged Jewish immigrants from the Middle East and North Africa, stirred deep emotions in Israel, where the elite has traditionally been of European descent.

The head of state is supposed to be a beacon of morality and national unity for a country often riven by division.

The verdict was dubbed an “earthquake” by one Israeli newspaper and welcomed by women’s groups that have long complained of lax attitudes to sexual harassment in workplaces.

Katsav, who is religiously observant, had cast himself as the victim of extortion and an ethnically-motivated “witch hunt”. Relatives said he would campaign to clear his name.

“This trial, where the judges rule according to their feelings, is not in keeping the ethics of Israel,” Katsav’s son Boaz told reporters.

“God willing, the whole nation will know that dad, the eighth president of the state of Israel, is innocent.”

Out of concern for the complainants’ privacy, much of the trial had taken place behind closed doors. Some commentators predict Katsav, should he appeal, will argue that the Tel Aviv District Court proceedings were not transparent enough.

Katsav immigrated with his family to Israel in 1951. At age 24 he became the country’s youngest mayor and went on to hold a number of Likud cabinet posts.

The eruption of the Katsav affair had amplified corruption scandals that brought down Israel’s then premier, Ehud Olmert.

Hosting Olmert in Moscow in late 2006, Vladimir Putin, Russia’s president at the time, quipped before TV cameras that Katsav “didn’t look like a guy who could be with 10 women”.