US, China play down military rivalry 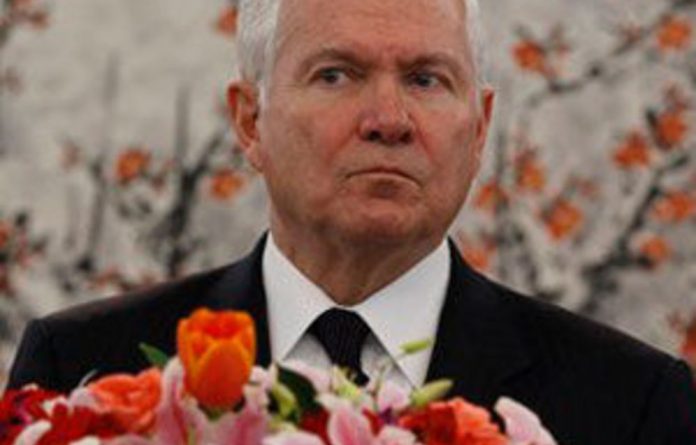 The defence chiefs of the United States and China on Monday sought to play down a growing military rivalry between the two countries, saying both sides wanted to bolster security ties to ease tensions.

US Defence Secretary Robert Gates and his Chinese counterpart, General Liang Guanglie, struck a positive tone after two hours of talks in Beijing, saying they both want to build a military dialogue.

“I think that General Liang and I made significant progress this morning,” Gates said.

But there was no major breakthrough ahead of a visit to the United States next week by Chinese President Hu Jintao, and no sign from Beijing that it is ready to overlook the thorny issue of US arms sales to Taiwan.

“China’s position has been clear and consistent. We are against it,” Liang said of the arms deals with self-ruled Taiwan, which have repeatedly prompted Beijing to suspend military relations.

At a joint press conference with Gates, Liang signalled no change to Beijing’s standpoint that military contacts could be derailed by another sale of American arms to Taiwan.

Optimistic
China suspended military ties with the US a year ago over Washington’s sale of more than $6-billion in arms to Taipei, and tentative plans for an earlier visit to Beijing by Gates were called off.

Gates repeated the US view that military ties were too important to be “subject to shifting political winds”, and said he came away from the talks “optimistic” about the prospects of better defence relations.

The trip to China by Gates, his first since 2007, comes just days ahead of Hu’s trip to Washington, and both sides are keen to show some progress on defence ties.

US officials, including Gates, have for years appealed to China to embrace a permanent security dialogue regardless of political disputes, but the Chinese have tended to view defence relations as a bargaining chip.

Liang said the powerful army chief of staff, General Chen Bingde, would visit the US in the first half of the year and said there were plans for more exchanges.

The Pentagon chief is due to meet Hu on Tuesday and he will get a rare glimpse on Wednesday of the Second Artillery Corps headquarters, the command centre for China’s nuclear and missile arsenal.

The Chinese, however, stopped short of endorsing a proposal from Gates for a “strategic dialogue” focusing on nuclear, missile defence, space and cyber-weaponry, agreeing to study the idea.

US military leaders are increasingly anxious over China’s pursuit of sophisticated missiles, satellites, cyber-weapons and fighter jets, and worry that the lack of a regular security dialogue could aggravate tensions and spark a potential crisis.

Concern
Before arriving late on Sunday, Gates voiced concern over the Asian power’s anti-ship missiles and new stealth fighter jet, amid Pentagon plans to invest in radars and a long-range bomber to counter the Chinese.

Asked about China’s advanced weapons and the danger of an arms race, Liang said the military modernisation was not aimed at any other country and that the country’s forces still lagged far behind the armies of other “advanced” states.

Photos surfaced in recent days of what appears to be China’s first stealth fighter — a development that has highlighted China’s massive military spending, as well as concerns in the region over its intentions.

As China flexes its newfound economic and military muscle, the US is under mounting fiscal strain, forced to cut back some weapons programmes even as it fights a grinding war in Afghanistan.

Gates said the talks on Monday also covered recent tensions on the Korean peninsula, including China’s role in helping to ease a recent crisis that began after Pyongyang’s deadly shelling of a South Korean island in November.

After his visit to China, Gates heads to Tokyo on Wednesday and Seoul on Friday for meetings focused on the Korean crisis. — AFP