Going public: A lesson from India 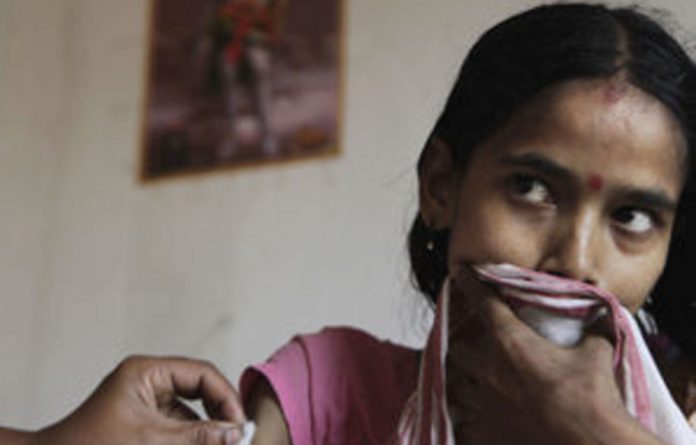 Dinesh Trivedi, India’s health and family welfare minister, and avowedly not a doctor, is on a roll. “If you want to be successful in India do not depend on government support.

Bypass the system!” he announces from the podium, after likening the intervention he is seeking to a heart bypass. “If you want to save a life you sometimes have to do a bypass.”

And if ever there was an ailing patient, the woefully inadequate Indian healthcare system he is alluding to is it.

Trivedi’s call for private investment in India’s healthcare system was issued to hundreds of high–profile members of the Indian diaspora at the Indian government’s annual Pravasi Bharatiya Divas — the Asian superpower’s call for its departed children, and their children’s children in many cases, to give back to the motherland.

But when it comes to healthcare in India abstract discussions on giving back weren’t enough. There was the knowledge of decades of underspending in the sector, even as India experienced phenomenal economic growth.

State spending on healthcare
Government spending on the healthcare sector fell below 1% of GDP throughout the Nineties, reaching only 1.2% in recent years, according to research published by Jha. A further 4.8% of GDP is spent on health by individuals in the private sector. And a crippling 80% of that amount is paid by Indians upfront for medical emergencies, instead of contributing monthly to a pre-paid medical scheme.

Middle-class families become impoverished because of unexpected medical bills and poor families become utterly destitute. In addition to the 250-million Indians surviving on less that $1 a day, a further 37-million drop below the poverty line when catastrophic health expenditure is taken into account, according to Jha, research chair of health and development at the University of Toronto. “That’s more than the population of Canada.”

In addition, endemic corruption and inefficiency characterise the system — a familiar scenario to South Africans. But, in contrast to India, South Africa’s government spends 4.6% of its GDP on health. A further 3.9% of GDP is spent by South Africans on private healthcare.

Of China, India and South Africa — three key countries studied by Jha that desperately need quality universal healthcare for their citizens — Jha believes it is South Africa that is most firmly on track to get there first.

He should know. Besides consulting for the Indian government and putting together a comprehensive book of solutions (Choosing Health: An Entitlement for All Indians), he has worked with Dr Olive Shisana, chairperson of the National Health Insurance (NHI) ministerial advisory committee, as well as the South African government, in shaping the mooted NHI scheme.

Jha explained that as healthcare continues to deteriorate in India, it is matched by low expectations of public healthcare that will in turn be matched by plummeting government spending — a vicious cycle.

A place for health insurance
The Indian government has committed to increasing its spending on health by up to 2% of GDP by 2012, but it still relies heavily on the private sector. South Africa, on the other hand, is looking to spend an additional R11?billion on the first phase of the NHI by 2012, with full implementation at an estimated R376-billion by 2025.

The scheme has elicited mixed reactions from South Africans, many of whom are worried that South Africa’s narrow, mainly middle-class tax base will bear the brunt of an additional tax for a healthcare service they will not use — because they will still pay in parallel for quality private healthcare.

But Jha, a champion of government-driven universal healthcare, believes that publicly financed healthcare is the way to go.

“The global evidence is unambiguous,” he said. “When you have private insurance, the patient has no incentive to save on costs. The doctor has only the incentive to charge more and that type of private finance has been the reason why the United States has the most expensive but among the least effective healthcare systems in the world.

“Every country that has tried out-of-pocket private insurance has had these huge escalations in cost and that’s the real fear for India.”

Without a big purchaser like the state to dictate to doctors, purchase rates and treatments vary wildly, each maximised to make a profit.

“No one else can play that role of intervening on behalf of patients,” said Jha.

And what of corruption? “It’s not the case that you need to have instant good governance,” he noted. “South Korea, which also has governance issues and corruption, is going [the way of universal health], as are Vietnam and Thailand.”

The point he makes is that private finance in healthcare is no panacea.

Jha believes India’s health ministry is aware of the ills of private finance, which it favours, and the wild price escalations it encourages.

“Private finance is the real evil here. But private delivery can actually be quite good,” said Jha, going on to describe several examples of successful partnerships between the government and the private sector.

Still, as analysts and journalists crunch the numbers for South Africa’s NHI, fears continue to rise about financial oversight, increasing the tax burden and getting the system to work properly.

“Remember, by comparison, in Canada it took nearly 40 years to get the Medicaid system in place in Toronto to work right. Now ask middle-class Canadians what they most value about where they live and they would say it’s their healthcare.”

It’s not just the feel-good factor. Quality public healthcare attracts foreign investment. For instance, the most expensive component of a General Motors car, made in the US, was the $5 000 of the cost of the workers’ healthcare, according to Jha. A company looking to produce in South Africa will want to know that its workers, at increased risk of HIV/Aids and malaria, will be taken care of.

A heart bypass for health by the private sector, as Trivedi would have it? First public healthcare must get itself in order.

Richard Calland: Ramaphosa proves he is a duffer

To vax or not is the ‘most polarised topic’