Learners set up for failure 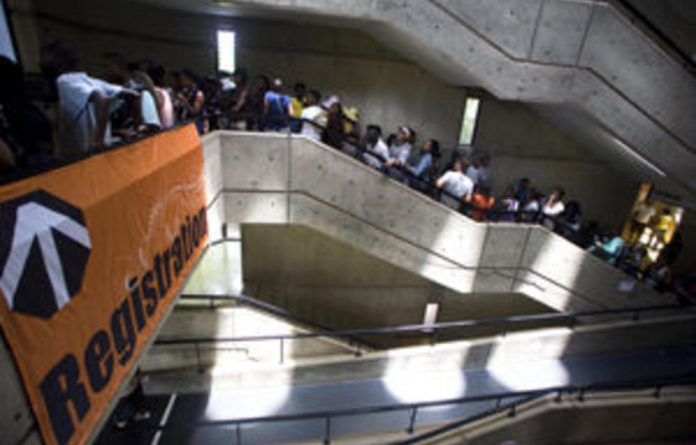 From the moment Angie Motshekga, minister of basic education, announced that the 2010 matric pass rate was 67,8%, the reaction of a great many education experts, academics and prominent role-players in education was dumbfounded amazement.

After all, for days before the announcement on January 6, they had been predicting an increase or decrease of between 1% and 3% on the pass rate of 60,2% in 2009. Any increase outside that range, they said, would not be credible.

That was because, apart from the fact that some 80% of our schools are presently regarded as underperforming, and that President Jacob Zuma had more than once hauled teachers at these schools over the coals for spending only three-and-a-half hours a day in the classroom, a longer winter vacation occasioned by the 2010 Fifa World Cup finals followed by the month-long strike by teachers did not bode well for the grade 12 class in the run-up to their national senior certificate exams at the end of the year.

The 7,2% increase in the national pass rate caught the entire country off guard. The minister expressed her satisfaction with a sunny smile during the press conference and some experts and leaders in education who were approached for comment by the media reacted with (cautious) optimism. It was a joyous day and no one wanted to throw a wet blanket on the exuberance of thousands of matriculants and their parents. After all, those who had worked hard with their teachers in the classrooms day in, day out had earned the praise for their performance.

A few commentators reacted sceptically to this “good” pass rate and were prepared to express their concerns without fear. Calls were made that Umalusi, the quality assurance board for general and further education and training, should reveal how and to what degree adjustments to the marks had been made and in which subjects.

The cautious reaction did not last long and euphoria turned into disbelief within a day.
Newspapers attacked the basic education department in headlines such as “Matric results riddle”, “Wrong Angie. Now repeat after the Sowetan: The real pass rate is 57%” and “Hold the champagne, something doesn’t add up here …”

In short the government was accused of failing the test of credibility. Education experts were quoted voicing their disbelief and doubts about the pass rate. Media editorial columns asked questions such as “How good are the matric results?” and “Performance? Or are standards dropping?”
They wrote that the standard of the examinations is of greater importance than the pass rate and that the credibility of the matric exams is critical to our country’s struggling education system.

Umalusi now faces court action from News24 if it does not divulge the details of its mark adjustments. But even that information, if Umalusi does cave in and provide it, will not necessarily bring us any closer to the real truth about the 2010 examinations or their credibility or standard.

Last year turned into a crisis for education. During a meeting with Motshekga that I requested while the strike was on, she referred to the learners as the “victims” of the strike, assured me that they would be treated like victims and said even more damage control would have to be done in schools in 2011 as a result of the strike.

Throughout the strike calls were made for society at large to come to the rescue of the 2010 matric class. Apart from special initiatives by the department of basic education and the various provincial departments of education, the media, private sector, churches, NGOs, some teachers’ unions, organised parent bodies and individuals offered their help. Their involvement deserves praise, but they were attempting crisis management — and it is exactly this that goes some way towards revealing the truth about these “good” results.

The main focus of all these initiatives — primarily focused on catch-up classes — was to ensure that grade 12 learners were ready for the exams. In schools that have traditionally fared badly syllabuses were not adequately completed, for instance. Critics questioned how effective these support initiatives were, particularly in the case of learners in remote rural areas.

The chief point, however, is that during these outreach programmes learners were encouraged and helped to work through exam papers from previous years and to concentrate on certain parts of the syllabus only that were sure to appear in the final exam paper. This amounts to blatant exam coaching.

In the wake of the announcement of the 2009 results, examiners of certain subjects were also instructed to lower the degree of difficulty of their papers. One can understand why matriculants in most cases described the papers as “easy:.

These two key factors contributed to the unrealistically high pass rate. The outcome is that large numbers of learners have been left with a skewed perception of their own abilities, while they actually have an unsatisfactory knowledge of and insight into the contents of the various syllabuses. This will cost them dearly in their tertiary studies and very likely in any form of post-school education or training they undertake.

It is worth recalling that the 2010 group’s national literacy and numeracy tests, conducted when they were in a lower grade, were very poor. Overall, then, this is why someone like Professor Kobus Maree of the University of Pretoria has said — rightly, I believe — that there is no “systemic proof” that education in our country has “dramatically improved” in recent times. Neither do the 2010 results provide such proof.

By virtue of my position as a member of the parliamentary portfolio committee on higher education and training, I am sincerely concerned about the fact that our universities are not equipped to accommodate or handle the surge of thousands of additional learners who have passed with a matric exemption. Learners are now compelled to register for courses that are not necessarily their first choice, simply because their matric subject choices leave them no other option, or because they wish to further their studies at a university at all costs. I am particularly concerned that many learners do not actually have the necessary skills and knowledge to make a success of their studies at university.

It is doubtful that Motshekga and her department will be persuaded to investigate the real reasons for this drastic increase in the national pass rate or to show their cards to the public. However, I would suggest that the Minister of Higher Education and Training Blade Nzimande requests that all the universities research the academic achievements of the 2010 matrics, now beginning their studies at university, for the duration of their tertiary studies to try to determine whether the surprisingly high pass rate for 2010 was an accurate reflection of their abilities.