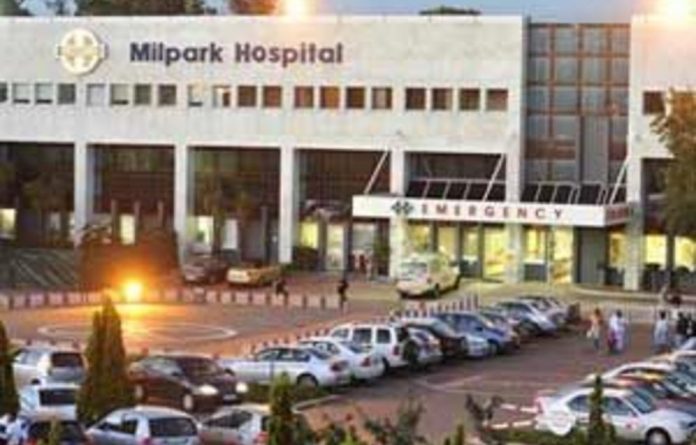 South Africa awaited news on the health of Nelson Mandela on Thursday, as the country’s president called for calm after the revered former leader was suddenly hospitalised.

The news that the increasingly frail Madiba — the clan name by which the 92-year-old Nobel peace prize winner is affectionately known — was undergoing “routine” tests has put South Africa on edge over his health.

“President Mandela is comfortable and is well looked after by a good team of medical specialists,” President Jacob Zuma said in a statement from Davos, where he is attending the World Economic Forum. “We urge the media to afford him the dignity and respect that he is entitled to as the country’s founding democratic president, as a national hero and also as a citizen of the republic.”

“We call on all South Africans to remain calm regarding the hospitalisation of Madiba and not press any panic buttons, as there is no reason for that whatsoever,” ANC spokesperson Jackson Mthembu said.

“If there is any change in the hospitalisation of Madiba, including his discharge from hospital, [it] will be communicated.”

The Nelson Mandela Foundation said on Wednesday that Mandela was in Milpark Hospital in Johannesburg for tests but that his health was not in jeopardy.

“He is in no danger and is in good spirits,” said a statement from the foundation, which Mandela established to continue his charitable work after withdrawing from public life in 2004. It has made no further comment.

No comment
The Star reported Thursday that Mandela had been seen by a lung specialist at the private hospital. “He has been admitted for investigation,” the doctor, Michael Plit, told the newspaper. He declined to comment on Mandela’s condition.

Mandela’s ex-wife Winnie Madikizela-Mandela, who separated from him in 1992, arrived at the hospital about 11am and left three hours later.

She and Mandela have two daughters together and are often reunited at family events.

Mandela’s wife, Graça Machel, and other family members were seen at the hospital on Wednesday night.

As media flocked to the hospital for news on Mandela’s health, a tight security presence surrounded the building — with police checking all visitors’ cars to make sure no journalists were hiding in the boot.

‘Madiba, we love you’
At a school next door to the hospital, children had decorated a fence with colourful pictures of hands and hearts and messages of support.

“We hope you’ll get well soon,” said one.

“Madiba, we love you,” said a sign in one of the school’s windows.

Ntho Molena, a 16-year-old school pupil, said she and her colleagues were praying for Mandela to get well.

“We feel it is very important to offer our support to the former president of South Africa because he brought major changes to us the children.

“We are entering the great reward he fought for when he was in prison,” she said.

Process of reconciliation
Mandela spent 27 years in prison for his role in the fight against apartheid in South Africa, emerging in 1990 to lead the country’s transition to democracy.

As South Africa’s first black president, he defied the threat of civil war to lead a process of reconciliation in a country long divided against itself.

His public appearances have become increasingly rare since his retirement.

His last public outing was at the closing ceremony of the 2010 Soccer World Cup in Johannesburg. — AFP