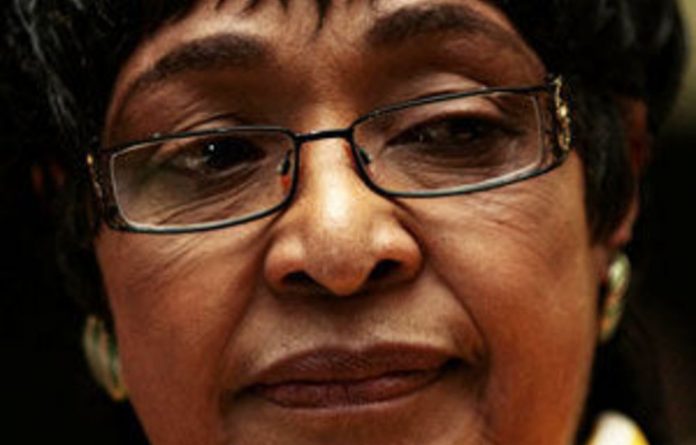 One of the policemen involved in a highway confrontation with Winnie Madikizela-Mandela in Johannesburg last month is laying a charge of crimen injuria against her and one of assault against her bodyguard, according to Dirk Hermann, the deputy general secretary of the Solidarity trade union.

Hermann said that Warrant Officer Jannie Odendaal claimed that Madikizela-Mandela got out of her silver Audi A6 and demanded, “Who the fucking hell do you think you are?”, after her vehicle was pulled over for alleged speeding. He also claimed that her bodyguard, Jacob Monare, assaulted him.

Herman said that Solidarity was helping Odendaal to prepare his case and the charges would be laid this week. Meanwhile, Odendaal had been booked off on stress leave, he said.

The altercation took place on December 30 last year while Odendaal was on patrol with Constable Abel Twala from the police emergency response unit on Johannesburg’s MI north. Noticing the Audi travelling at high speed with headlights on and hazard lights flashing, they gave chase.

The Star, quoting Monare, said Odendaal had told Madikizela-Mandela: “I don’t give a fuck who you are, you get back into the fucking car.”

Colonel Neville Malila, spokesperson for Gauteng police commissioner Mzwandile Petros, confirmed that a VIP bodyguard had laid charges against the policemen.
“There was never a meeting between General Petros and those officers,” said Malila. “He never instructed them to apologise to Mrs Madikizela-Mandela on behalf of the police.”

Standing up
The two policemen have been told that their suspension or transfer is being considered, but neither has yet faced disciplinary proceedings. Hermann said Solidarity believed it was necessary to stand up for the “ordinary person and ordinary policeman”.

“It’s a very lonely place to be if you’re just a warrant officer and the whole system and political elite is against you,” said Hermann. “The democratic system has failed Jannie Odendaal.” Hermann said he was “very impressed” by Odendaal’s resolve. “He feels very strongly about it. He wants to lay a police charge so his colleagues can do the right thing and continue to do their work.”

Hermann said he had heard that the police investigation was still continuing. Twala and Odendaal have reportedly been accused of grievous bodily harm and pointing a firearm, although Odendaal also faces a charge of talking to the media.

Giving his side of the story in a video posted on YouTube, Odendaal, looking as if he was facing a firing squad, told Hermann that it took a while for the car to pull over after the police vehicle had put on its sirens and blue light.

“A passenger, identified later as one of Mrs Mandela’s bodyguards, ran to me and pushed me with both hands very forcibly. He is quite a big guy, a bigger oke than me. He then told me we cannot search his vehicle, it was not apartheid any more. I then ran back to my vehicle to get a Taser gun and said: ‘Listen, I will Taser you if you insult me again’.”

Just then, he said, Madikizela-Mandela got out of her vehicle. “She started shouting and screaming ‘Who the fucking hell do you think you are?’ She was shouting it repeatedly. She was way out of control. Hey, she was more out of control than her bodyguard.”