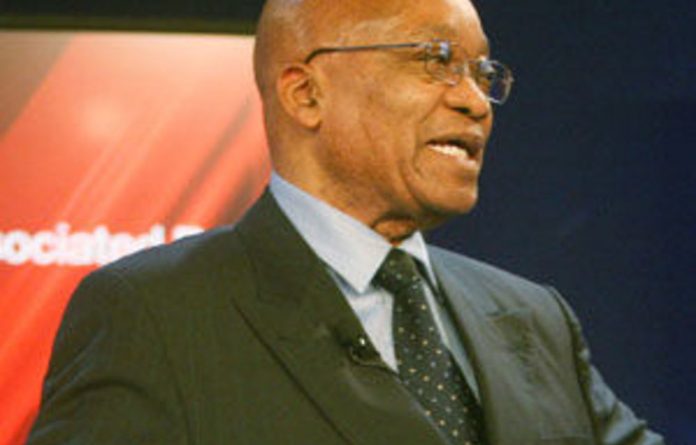 The South African Council of Churches (SACC) is hoping to meet President Jacob Zuma over his “problematic” statement that a vote for the African National Congress (ANC) will get people into heaven, it said on Monday.

“We work on a daily basis with scores of people who are hungry, unemployed and homeless. These are our brothers and sisters in Christ who look at political leaders with great expectations, said SACC president Jo Seoka.

“Offering heaven to these people while their suffering continues here on Earth is escapist. We [as church and government] are expected to transform the livelihoods of all [and especially the poor] for the better.”

Zuma, who heads the ANC, reportedly told party supporters in Mthatha: “When you vote for the ANC, you are also choosing to go to heaven. When you don’t vote for the ANC you should know that you are choosing that man who carries a fork … who cooks people.

He was speaking ahead of local government elections due to be held on a date still to be announced later this year.

The SACC took note of ANC spokesperson Jackson Mthembu’s comment that the remark was metaphorical, but still considered it “worrying” language ahead of an election, and blasphemous.

SACC general secretary Eddie Makue said it was banking on the maturity of the electorate not to let such statements influence them, but “vote on the basis of what their experiences are”.

“The appalling tendency of President Jacob Zuma to use religion as an instrument of intimidation to coerce people into voting for the ANC borders on blasphemy,” said CDP leader the Reverend Theunis Botha.

Botha said Zuma had previously “threatened his gullible audience” that their forefathers would haunt them should they not vote for the ANC, and that he should know better by now.

The ANC has said it did not find the statement blasphemous, but “figurative” and “metaphoric”.

“Those who are ‘alarmed’ by his expression are probably driven by jealousy for not having thought of the expression themselves,” ANC spokesperson Jackson Mthembu said.

The official opposition, the Democratic Alliance, said Zuma should apologise for the remark, which it called “religious blackmail”.

Giet Khoza, a Rhema Bible Church administrator, said the church would look at the matter and might issue a comment at a later stage.

The United Democratic Movement drew on a previous comment by Zuma that “the ANC would rule until Jesus comes back” to say that it too considered the latest statement blasphemous.

“The UDM views this as a serious matter; the president is the custodian of the country’s Constitution. Such careless statements are in direct opposition of the freedom of expression and freedom of association guarded by our Constitution.”

“If a vote for the ANC=a free pass to heaven I don’t wish to go there. Imagine an eternity of potholes,acid water,corruption,nepotism!” opined pieterpawpaw on Twitter.

In a later post he continued: “Rethink: Maybe not a bad idea to vote for ANC if it gets you to heaven. They have broken so [many] commandments 0 of the members will be there”.

“Zuma’s heaven suggestion has made me want to SIN all day long. just in case!” wrote innov8tive. — Sapa