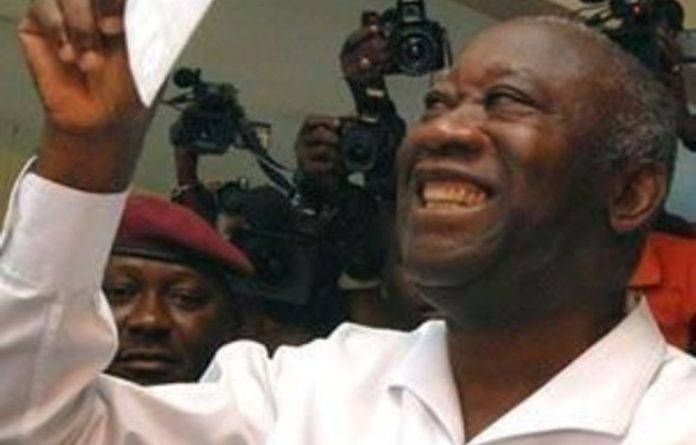 Four African leaders met Côte d’Ivoire’s internationally recognised president, Alassane Ouattara, on Tuesday to present proposals to end a deadly impasse with his rival, who refuses to step down.

The South Africa government said the proposals centred on forming a power-sharing interim government to run the West African country until new polls are held, following the disputed November 28 election.

The four presidents tasked by the African Union with finding a solution to the nearly three-month-long deadlock on Monday met Laurent Gbagbo, who refuses to acknowledge the election commission ruling that he lost the vote.

The latest mediation bid, which follows others that have failed to break the deadlock, comes amid increasing tensions, with at least six people killed in clashes on Monday, according to local media.

President Idriss Déby Itno of Chad, Jacob Zuma of South Africa, Jikaya Kikwete of Tanzania and Mohamed Ould Abdel Aziz of Mauritania met Ouattara at the Golf Hotel, where he has been holed up with his aides under a blockade by Gbagbo loyalists.

The AU wants the team to find a binding solution to the stand-off by February 28.

A meeting with Ouattara planned for Monday evening was called off. His aides said he wanted to show his discontent at the absence in the delegation of President Blaise Compaore of Burkina Faso.

Compaore cancelled his visit after threats from loyalists of Gbagbo, who accuse him of being an ally of Ouattara and ex-colonial power France.

The Economic Community of West African States (Ecowas), which has adopted a tougher line than the AU and threatened the use of force to oust Gbagbo, slammed the latest mediation effort for going ahead without Compaore.

The “threat was serious enough to compel the facilitator [Compaore] to cancel his planned participation in the trip to Abidjan”, it said in a statement.

The “panel nevertheless took the decision to go ahead immediately with the visit without the participation of an important member,” it said.

The grouping said the situation in Abidjan was not conducive for such “a critical mission” and that Compaore’s “invaluable contribution” to the process “deserves better appreciation and respect.”

The president of the Ecowas Commission, James Victor Gbeho, who has come out severely against attempts to compromise with Gbagbo, also called off his visit to Abidjan.

Rising tension
The latest mediation bid comes amid rising tension and street violence in Abidjan, the commercial capital, since the weekend.

After nearly three months of crisis, Ouattara followers, inspired by the revolutions in Tunisia and in Egypt, have called for an uprising to eject Gbagbo.

Local papers reported that at least six people were killed on Monday during clashes between supporters of Ouattara and the Gbagbo-allied Forces of Defence and Security in the working-class neighbourhoods of Abobo, Koumassi and Treichville.

Witnesses said that for several hours these districts turned into urban warfare zones, with gunfire and barricades built of tables and burning tyres.

Post-electoral violence has claimed at least 300 lives since mid-December, according to the United Nations. — Sapa-AFP

After the death of the president’s chosen successor, the ruling party says “everything is possible”
Read more
Advertising
Continue to the category
Politics