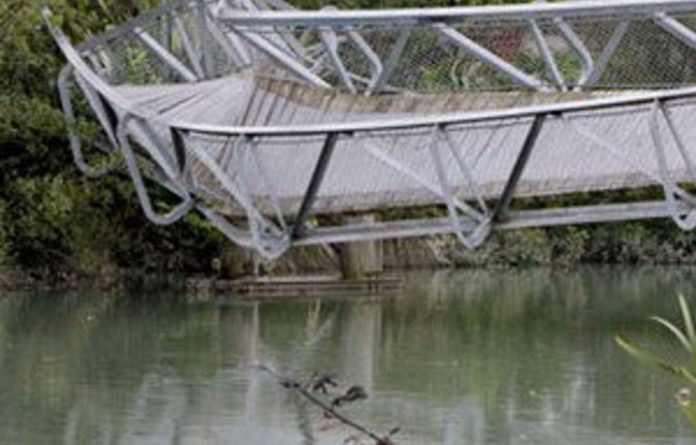 New Zealand warned frantic relatives to brace for the worst on Friday as toiling rescuers failed to find any more survivors after a devastating earthquake left at least 113 dead.

As rain hampered the painstaking search of the wreckage in Christchurch’s city centre, Foreign Minister Murray McCully admitted: “The rescue focus is drawing towards a conclusion.”

“We’re getting to the end of that period in which you can still have hope,” he said, two days after the last survivors were pulled from the rubble.

Police said 113 bodies were lying in a temporary morgue, and there were 228 people still missing after Tuesday’s earthquake laid waste to central Christchurch and some of its suburbs.

The city’s iconic cathedral lost its spire, office blocks folded like packs of cards and entire streets lost their shop frontages in the 6,3-magnitude tremor, which followed another destructive quake last September.

“These are very, very dark days for New Zealand,” said Prime Minister John Key, holding out hope for “a bit of luck to try and find a few people that may still have survived this earthquake and are still trapped in those buildings”.

But experts have warned the chances of anyone being alive in the ruins are slim, and with 90% of the city centre already combed, Christchurch mayor Bob Parker said the outlook was bleak.

“We have to steel ourselves for [the toll] to rise substantially over the next 24 to 48 hours,” he said. “It’s not going to be pleasant news for people over the next couple of days.”

Rescuers have ruled out finding survivors at Christchurch’s landmark cathedral, where up to 22 people could be buried.

They also do not believe anyone remains alive under the collapsed CTV building, which housed a TV station and a busy language school for foreign students, and where as many as 120 people may have perished.

Mass exodus
Most of Christchurch, New Zealand’s second biggest city, was left without power and water after the disaster, which prompted a mass exodus of terrified residents and left a damage bill estimated at $7,5-billion.

Police expressed disgust at an outbreak of looting and scams, with some people posing as officials to gain access to homes. In one case, burglars struck at the home of a woman missing in the quake.

District commander Dave Cliff said drunken disorder was also on the rise in the city, where stressed residents have endured the two major earthquakes along with thousands of aftershocks.

Christchurch’s Rugby World Cup stadium was closed until March 15 to allow an assessment of damage and to determine if it could still host games during this year’s tournament, its operator, Vbase, said.

Rugby took a back seat for two of New Zealand’s famed All Blacks, Kieran Read and Andrew Ellis, who pitched in to help with the clean-up, wielding shovels and wheelbarrows to remove silt and debris from damaged properties.

“This is a bigger thing than footy at the moment, it was the only way to go for us, to be honest,” Read told the New Zealand Herald.

Amid all the gloom, there was a note of happiness when quake survivor Emma Howard, who was pulled from the wreckage of a downtown office, wed partner Chris Greenslade.

“I’m so lucky I didn’t get under my desk,” the accountant told Radio New Zealand after her lucky escape. “My desk was crushed by the corner of the concrete floor roof above me that came down.”

‘Nothing prepares you for that’
Amid the devastation, an Australian doctor described how colleagues who were in the city attending a conference used a pocket knife and hacksaw to amputate the legs of one man trapped under a heavy beam whose life was at risk.

“The majority of it was done with a blade from a Leatherman knife and builder’s hacksaw,” Stuart Philip told ABC Radio of the operation, which was performed mostly by an unnamed woman doctor, selected because she was the smallest and best able to squeeze into the confined space.

“It’s not something that’s even easy for us as surgeons. Nothing prepares you for that,” he said.

The arrival of Chinese and British rescuers swelled the multinational taskforce in the city to more than 600, although rain and aftershocks made conditions tough and dangerous.

Officials say 26 Chinese nationals are missing along with at least 26 Japanese, 12 Filipinos and a South Korean brother and sister. Two British nationals are among the dead. — AFP